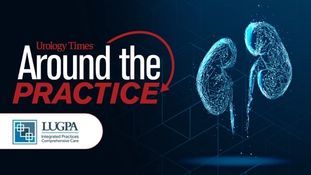 In Urology Times’ monthly installment of Around the Practice, experts discuss adverse event management from various treatments for prostate and bladder cancer.

Raoul S. Concepcion, MD, FACS: Today, we have Dr. Kelly Stratton. Kelly is an associate professor at the University of Oklahoma College of Medicine. Kumar Ethirajan, who is the medical director of Kansas City Urology in Kansas City and he is a medical oncologist. And Mercedes Orr, who is an advanced practice providerat Urology Centers of Alabama in Homewood, Alabama, which is essentially Birmingham.

So as many of you know PARP inhibitors really got their approval over the past year. They are obviously associated with patients who have been heavily pre-treated. You have to show that you have a mutation in homologous recombination-repaired genes in order for them to be written and approved. … Again, this is sort of a new area. The medical oncologists out there in the audience [probably] have a much deeper PARP experience than the urologists. But it's an oral agent and I think it's going to be important to understand the [side effect] profile of PARP inhibitors.

Poll question two: Have you delivered a checkpoint inhibitor, either commercially or in a clinical trial, regardless of the tumor type?

This could be one of the checkpoint inhibitors, pembrolizumab [Keytruda, for example], has an agnostic indication and we're seeing it, obviously, used across the board for the medical oncologists in patients who are MSI high. For urology, we're going to see, probably, an expanded use in patients with prostate cancer but as many of you also know they are rapidly looking at these in both non-muscle invasive bladder cancer, especially those those patients that are BCGI-responsive.

So, case number 1, this is the use of a PARP inhibitor in a patient with metastatic castration-resistant prostate cancer. In 2004, we have a 75-year-old Caucasian male who is diagnosed with Gleason grade 1. So, for those of you that are not familiar, that is Gleason 3+3 with only 15% of the core involved.

Currently this patient would be very low-risk prostate cancer based upon [National Comprehensive Cancer Network (NCCN)] guidelines and many people right now would, obviously, offer him active surveillance. But back in 2004, he opted for external-beam radiation therapy. [He] really did quite well. And then, in 2013, [he] had a biochemical recurrence with the PSA that bumped his 0.72. He was initiated on androgen-deprivation therapy, which included a monotherapy LHRH agonist. He did well on that and then, in 2016, he had a rise in PSA again, despite having a castration-level of testosterone, and was enrolled in the PROSPER trial for non-metastatic-resistant prostate cancer and he did get randomized to the treatment arm.

He did quite well but he did progress on trial per Resist Criteria in December of 2020. He had a bone scan which showed extensive osseous metastases and he a CT scan which showed multiple enlarged lymph nodes, even above the aortic bifurcation. His germline testing was negative and on liquid biopsies, using cell-free DNA, he had a BRCA2 homozygous deletion. [On scans], he's got extensive bone-in disease that, now if you're following high volume/low volume, he would basically be high-volume disease, plus on the left he has some notable disease.

So, in 2021, with progression to metastatic castration-resistant prostate cancer, high-volume disease, he was offered, but refused, chemotherapy. But because of his BRCA2 mutation, he was started on olaparib [Lynparza] 300 milligrams BID. [At baseline], his PSA was 156, white blood cell count was 3.9, platelets were 180,000, alk phos, as you might expect, was elevated to 582.

At one month after being on olaparib, he had some worsening anemia. His hemoglobin is 9.3 hematocrit, and again, that should be 30. Platelet count was 167, slight drop in his white count at 3.7, alkaline phosphatase was 464. And at 2 months, he basically had worsening anemia with his hemoglobin of 8, hematocrit of 26, white blood cell count of 4.6, platelet count of 182,000, alk phos was up at 613. So, he doesn't necessarily have a pancytopenia. Clinically the patient was asymptomatic, did not necessarily have a lot of fatigue or anything at that point.

This being in mind, Dr. Ethirajan you probably, I would suspect, have the most experience using PARP inhibitors. First of all, how do you tend to monitor patients once they get on PARP inhibitors, relative to lab? And in this particular case, with the worsening anemia, how do you manage that?

Sukumar Ethirajan, MD: So, I tend to get a good baseline on these patients. … We need to get attention to the comorbidities in the older adults as far as frailty. And I usually get a good baseline hemoglobin to see where they are and some of them have baseline myelodysplasia or other reasons why they're anemic.

The CTCAE, or the common terminology for criteria for adverse events, lists anemia less than hemoglobin of 10 before we start getting concerned. And anything between 8 and 10 may be a point of intervention or observation. And then less than 8, of course, some patients may deserve more support of their cardiovascular issues.

Our experience comes from the chemotherapy days, when you had myelosuppression. But the stimulating agents, which were approved in the 80s and 90s are not available anymore. So, we need to find other supportive measures to help these patients.

So, quick recommendation would be get a good baseline, especially with older adults and their disease and comorbidities. Start with at least a weekly check initially, and follow symptoms and lab work and see if you need to adjust or interrupt treatment or dose decrease, because a fair number of those on clinical trials had dose decrease. And then, once you stabilize after a month or 2, then we can cut back to once a month.

Raoul S. Concepcion, MD, FACS: So, Dr. Ethirajan, you said you're monitoring labs on the initiation of a PARP, whether it's olaparib or rucaparib [Rubraca] ... you're checking weekly labs for how long? For 4 weeks?

Kelly L. Stratton, MD, FACS: My experience with PARPs was based on my participation in the PROfound trial. The different PARPs have a different side effect profile. And, particularly as a urologist using PARP inhibitors, my concern would be adverse events that I'm not accustomed to treating. So, things like neutropenia, thrombocytopenia. So, naturally, I've kind of gravitated toward paramaribo because, primarily, it's hematologic side effect is anemia. Which I feel a lot more comfortable managing than the other hematologic side effects.

Similarly, we check patient's labs very frequently at the beginning of treatment, as we're accustomed to treating a lot of patients with abiraterone [Zytiga], we kind of keep them on that every couple weeks for the first 3 months. That's when a lot of the patients develop these kind of side effects. And, you know, you're looking at a group of patients who, in the trial, on average, were only on treatment for 5 or 6 months so we let patients know that ahead of time. Certainly, when a patient starts to develop grade 1 anemia, we're going to think about trying to do interventions like iron supplementation, vitamin B-12 folate, making sure that there's no other reason for them to be anemic. And then dose reductions or holds are another option as well.

Raoul S. Concepcion, MD, FACS: Do you have a particular cut-off point, Kelly, where you'll try to dose reduce or you'll have a temporary hold on therapy based upon the laboratory values?

Kelly L. Stratton, MD, FACS: Yeah, I mean, once their grade 2 then we're going to probably start with a hold and then discuss with the patient, based off of their symptomatology, whether we'll resume at the maximum dose or whether we'll do a dose reduction after the hold. A lot of it, I think, is discussing with the patient, seeing what they're interested in doing.

Raoul S. Concepcion, MD, FACS: Mercedes, you've got a unique situation in Alabama, where fortunately you work now with both urology and medical oncology and single practice. So, describe a little bit what your experience right now with PARP inhibitors or how you integrate yourself into the advanced prostate cancer therapies.

Mersadies Orr, CRNP, FNP-C: I work directly with Dr. Hamilton, she's a medical oncologist and we actually do have several patients on the PARP inhibitors. And we have a few that have been involved in trials and they're on the PARP inhibitors there. So typically with a new patient, they will initially see Dr. Hamilton, establish a plan, and then oftentimes follow up with me. If the patient is stable, they may continue to follow up with me and see Dr. Hamilton every few months or so, certainly if a patient is having issues or progression of disease, that's when they'll go back to see Dr. Hamilton sooner. Our offices are very close and so we collaborate throughout the day about patients and then how we manage the anemia, because I do see a lot of that in our guys. Typically when they are started on a PARP inhibitor, we will also get a baseline CBC, and then we will check a CBC once a week for the first 2 weeks. If it's stable, we'll transition to once every 2 weeks, and then once monthly, as long as that CBC is stable. We see the patient 2 weeks after starting the medication.. And then after that, if everything, as far as their CBC looks okay, eventually they will be once a month follow-ups.

I've seen a good bit of anemia, even our patients who are on the trials, even when we aren't told if they're on the PARP inhibitor, it's pretty clear because oftentimes they will have to have a dose reduction or interruption of therapy. And our cutoff is a hemoglobin level of less than 9. At that point, we would hold the PARP inhibitor for 2 weeks and then if it did increase to 9 or above, restart, generally at a reduced dose. Typically we will reduce to 250 milligrams the first time. And then if we have to interrupt therapy again, we'll reduce to 200 milligrams.

Sukumar Ethirajan, MD: So there are about 17 or so PARP inhibitors in that family, and we have 5 or 6 coming down the pike and they all seem to have a similar profile, but the PARP trapping and how effective they are also has a spinoff effect or the halo effect, the PROfound trial, which Dr. Stratton was a part of, they had 119 out of 256 patients on a labyrinth, who had categorized as anemia. So getting close to 46%. And if you look across the board at other PARP inhibitors, the issue, as Dr. Stratton mentioned, is sometimes extended to thrombocytopenia. It started getting into leukopenia. So you had myeloid suppression versus just a red cell or anemia that's 1 issue, nausea and GI side effects across the board, but more intense than some of the other PARP inhibitors versus olaparib.

If you asked me about comparison wise, where does olaparib stack up? We had 2 trials, and we've gone from 20% to 46% anemia. That's most common, but there's a whole list of things that can happen including GI side effects. And then you get into rare issues with myelodysplasia, thrombocytopenia. Then you get into pneumonitis. So things across the board. So most common I see, and I'm sure Mercedes or Kelly would support, is anemia and sometimes GI maybe some misdemeanor, but keep in mind, some of these [patients] are already sick by the time to get to us. And older patients, we tend to have some of those. And if you look at the placebo arm, there's a fair number of those already pre-existing in these patients.