In a pivotal phase III study, more than half of patients with high-grade nonmuscle-invasive bladder cancer (carcinoma in situ ± Ta/T1) receiving nadofaragene firadenovec achieved a complete response at 3 months, reported lead author Colin P.N. Dinney, MD, of MD Anderson Cancer Center in Houston. In this interview, Dr. Dinney discusses nadofaragene’s mechanism of action, key findings of the phase III trial, and how the drug would fit into the treatment landscape for nonmuscle-invasive bladder cancer.

What is the mechanism of nadofaragene firadenovec, and how it is administered?

Nadofaragene firadenovec is actually interferon-alfa gene therapy with an excipient called Syn3, which enhances the delivery of the gene across the urothelium. It's a nonreplicative adenovirus; the replication sequence is removed, and the interferon sequence is inserted. Basically the virus infects the cell, releases its DNA, which is taken into the nucleus, and the interferon gene is taken with it. It's transcribed in the nucleus and then translated into an interferon protein, which is released into the cytoplasm of the cell and extracellularly.

Recommended: What is cytoreductive nephrectomy’s current role in RCC treatment?

We developed interferon gene therapy because interferon had prototypic antitumor activity. It was effective because it's antiproliferative, it could be directly tumoricidal through TRAIL-mediated cytotoxicity, it's anti-angiogenic, and recently there's been a lot of interest in its role in the immune response. It's involved in antigen recognition and processing, leading to T cell activation. So since it had a lot of different activities, we were very interested in it. The other benefit is that it can kill cells directly, but it has a bystander effect. For gene therapy, a bystander effect is very important because it's impossible to infect every cell and kill every cell, so you have to have a way of killing cells that aren't infected.

What was the rationale for your current study?

We've taken the drug through phase I and phase II studies. The phase II study, done through the SUO Clinical Trials Consortium, showed acceptable efficacy, and it showed good tolerability. That supported the phase III study. The phase III study is a multicenter study with a single dose of therapy, and the study was designed to look at efficacy and tolerability. The primary aim of the study was to evaluate the complete response (CR) for carcinoma in situ at 3 months. The secondary aims were to identify the durability of that response at 12 months and also to look at the rate and durability of high-grade recurrence-free survival for high-grade papillary tumors at 3 months and again at 12 months. We mandated a biopsy at 12 months as well to demonstrate that effect.

What were your findings?

At 3 months, the CR for carcinoma in situ was around 54%. For the papillary tumors, it was somewhere around 73%. Patients who had a CR or were high-grade recurrence free were eligible for therapy every 3 months while they maintained that response. They underwent a cystoscopy and cytology at months 3, 6, and 9. If they were high-grade, recurrence free, they stayed on the trial. Then at month 12, in addition to the cytology and cystoscopy, they had a mandated biopsy to add scientific rigor to the study.

At 12 months, we found that the CR rate in carcinoma in situ was 24%, and the recurrence-free survival for high-grade papillary disease was 44%. If you looked at the durability of those patients who had a CR at 3 months with carcinoma in situ, 45.5% maintained that response at 12 months. For the persons with high-grade papillary disease, 60% of those patients maintained that response at 12 months, so more than half of the patients who had a CR or were high-grade recurrence free at 3 months maintained it for the 12 months.

Why did you perform biopsy at 12 months?

We did the biopsy because we wanted to add scientific rigor to our trial. We wanted to be sure that since we were developing a drug for a high-risk population, the drug's activity was as advertised. We felt the best way to do that was to do a biopsy at the 12-month time point. Six individuals were found to have high-grade recurrences on the basis of that biopsy. In five of those individuals, three patients with carcinoma in situ and two patients with papillary disease, based on clinical scenario, would have been considered to be responders at that time. It was only when focal carcinoma in situ was picked up on the biopsy that indicated that they had not responded. So our CR rate would have been reported as 27%, and for the patients with high-grade papillary disease, it would have been probably 50%. So I think the importance of the biopsy was that we found occult disease that we otherwise would have considered to be not present.

How was the drug tolerated?

The most common adverse events related to the drug were systemic effects such as fever and chills. Other local effects were common as well; patients had a lot of irritable voiding symptoms, which was similar to what we saw in the phase II study and likely related to the Syn3. It could be ameliorated with an anticholinergic. Thankfully, the duration of these of these adverse events was short term; they were self limiting.

If approved by the FDA, how will nadofaragene fit it into the treatment landscape for nonmuscle-invasive bladder cancer?

Disclosures: Dr. Dinney is a consultant to and scientific advisory board member for FKD Therapies Oy and receives honoraria as a speaker for Bladder Cancer Academy. 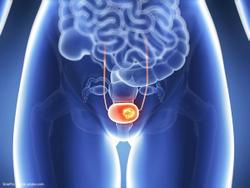 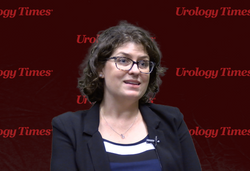 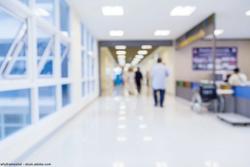