Doctors in the United States share similar pain points—particularly with burnout and staffing—as their international counterparts, according to a recent report on physician sentiments.

The findings, which come from the 2022 Apollo Healthcare Predictions Report, highlight physician burnout as a top concern in both the United States and Europe. The issue is most severe in the United states, with 45% reporting they have experienced burnout in the last 2 years compared to 25% of European physicians.

Staffing shortages are another area of concern, with 62% of American doctors and 49% in Europe indicating it is an issue for them. The stress of burnout and a lack of support staff has led to 1 in 3 US doctors considering leaving the profession in the past year, and this year’s number (34%) is nearly double what it was in 2018.

“2022 finds physicians deflated from the prolonged pandemic and frustrated by their waning influence in public health,” said Daniel S. Fitzgerald, CEO and president of Apollo, in a statement. “Burnout levels and staffing concerns overshadow other, more optimistic findings this year. Our annual report provides a window into physicians' sentiments and views on the year ahead, and this year's report highlights the strain the pandemic is continuing to put on them.”

COVID is no longer a pandemic but instead is endemic to communities worldwide, according to 76% of all physicians surveyed. More than half of US respondents, and a third in Europe, have concerns over the long-term impact of COVID on patients. Over a quarter worldwide feel the pandemic has slowed progress for new therapies in their area of specialty. More than three quarters of doctors worldwide (82% in US, 79% in Europe) predict negative economic impact from COVID-19 in 2022, with more people becoming ill from the more contagious variants, and more unable to work.

Significantly more US physicians believe that the year will see more patient resistance to vaccines and COVID-related treatments as misinformation escalates. The most optimistic nations were France and Spain, with 33% and 31% respectively believing we would get back to a pre-pandemic world.

The perennial change that US physicians would most like to see in the pharmaceutical industry is lower prices for patients. Though still the top aspiration, at 60%, the level was down from 67% in 2021, and from 86% in 2020, as US doctors in 2022 wished for a variety of other items including generics (10%), improved access to programs and less bureaucracy and government regulation (both at 8%).

This article originally appeared on the site MedicalEconomics.com 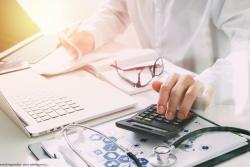