In a recent study presented at the 2021 SMSNA Fall Scientific Meeting, Kevin J. Campbell, MD, MS, and a team of investigators examined the correlations between finasteride and drugs used to treat hypogonadism and sexual dysfunction in order to understand how best to prescribe this medication in terms of lowering adverse drug reactions.

Finasteride (Proscar, Propecia) is a standard drug in the treatment regimen of men with alopecia and benign prostatic hyperplasia. There have been recent reports of adverse events in men taking this medication, including suicidality, depression, and anxiety.

In a recent study presented at the 2021 Sexual Medicine Society of North America Fall Scientific Meeting, Kevin J. Campbell, MD, MS, and a team of investigators examined the correlations between finasteride and drugs used to treat hypogonadism and sexual dysfunction in order to understand how best to prescribe this medication in terms of lowering adverse drug reactions.1 Campbell is an assistant professor of urology at the University of Florida, Gainesville.

With our study, we based it on recent investigations that have been looking into the use of finasteride in the management of alopecia and benign prostatic hyperplasia. This is in response to an increased reporting of attempted or completed suicide as well as depression in finasteride-associated adverse outcomes. The studies that we have seen previously had been done through utilization of VigiBase, the World Health Organization's global database of individual case safety reports. These were performed to explore the association of these adverse outcomes, comparing finasteride with other treatments; say, Flomax [tamsulosin] or minoxidil [Rogaine], for BPH and alopecia. What's been reported previously are increased odds ratios for completed or attempted suicide upwards of 1.5%. Psychological and adverse events have also been increased in finasteride reports up to increased odds ratio of over 4%. So, what we wanted to do was to substantiate any difference between BPH and alopecia with finasteride and also people who are concomitantly taking testosterone for hypogonadism, or for sexual dysfunction with PDE5 inhibitors. These are common things that we're seeing in urology clinics and men's health clinics. We want to make sure that we are doing the right thing with this treatment and also control for any confounding variables, such as people who were not treated for hypogonadism or sexual dysfunction. In our study, we investigated the same database, VigiBase, and collected data based on 3 types of adverse drug reactions with finasteride: suicidal and self-injurious behaviors, depressed mood disorders and disturbances, and anxiety disorders and symptoms. We stratified those reports by finasteride use alone, as well as with testosterone and also with PDE5 inhibitors.

What were some of the notable findings of this study? Were any of them surprising to you or your co-authors?

Based on these findings, are you likely to alter your own clinical practice in any way? Why or why not?

One of the recent concerns for men's health practices would be whether or not we should continue to prescribe finasteride to men who would be vulnerable to these sexually disruptive side effects. Based on our findings, I know that treating men for alopecia or BPH with finasteride who are also be treated for hypogonadism with testosterone, or sexual dysfunction with PDE5 inhibitors, will not put them at additional risk. So, it encourages also the screening for sexual dysfunction or erectile dysfunction, as its treatment may be protective in these populations.

With our study, as with most database studies, the data collected has to be contextualized. That being said, in our case, it's retrospective and it's not controlled to protect against multiple confounding variables that we may not even be aware of. So, certainly prospective data collection is highly encouraged and I'm optimistic that our findings would be reinforced in such a setting. 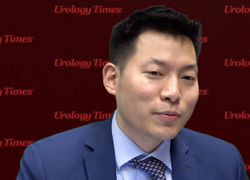