Dr. Yip on the potential use of cytology specimens for genomic profiling

Although biopsy is the standard of care when diagnosing upper tract urothelial carcinoma, more researchers are looking into the use of cytology specimens for genomic profiling so that there is less of a burden on patients.

At the 2021 Society of Urologic Oncology Annual Meeting, Wesley Yip, MD, presented findings of the study, “Feasibility and validation of genomic profiling of upper tract urothelial carcinoma from urine cytology specimens.”1 The results suggest that cytology specimens could potentially be used instead of biopsy for genomic characterization of upper tract urothelial cancer. Yip is a urologic oncology fellow at the Memorial Sloan Kettering Cancer Center in New York, New York.

The background for this study is that we wanted to see [whether you can] use urine specimens to perform genomic sequencing on upper tract urothelial carcinoma tumors. Historically, you need to have tissue either from a ureteroscopic biopsy, or from radical nephroureterectomy specimens. But when you do that, those are invasive procedures that require tissue. So, we wanted to see [if we] can get to the point where we have more of a liquid biopsy. Can we find out the genetics of these tumors just from a urine sample? So, we looked at what we had available, and we had 14 urine cytology specimens. All these patients had matched tissue that sequencing hadn't been performed on. We looked [at] how often we [can] get enough cellular material in that urine from the cytology specimen. And then, how does that compare in terms of the genetic results that we get from it to the tissue specimens? [For] 12 out of 14 of the cases, we were able to get good results, so about 86% of the time, and we were able to see the genetic profiles of these tumors. We found they were highly concordant between the tumor tissue and the urine specimens. It's showing us that sometimes the urine specimens are not cellular enough to perform the test, but about 86% of the time, we were able to. It gets us 1 step closer to having a liquid biopsy through which we can figure out what kind of genomic alterations there are in these tumors.

One of the main findings that was exciting [was] that we were able to [get enough cellular material] 86% of the time, because a lot of times people say that urine specimens just don't have enough tissue in them to perform these kinds of tests. But, so far, we were able to in the majority of cases. What we did find, though, was that the number of genetic alterations we saw in the urine specimens was less than the tumor specimens. You don't see as many, but of the important mutations, [in] which we looked at the 20 most frequently seen in the tissue specimens, all of those also showed up in the urine specimens as well. So, that was pretty good.

Is further research on this topic planned, and if so, what will its focus be?

I think that we're just getting 1 step closer to being able to find urine tests that we can use to help risk stratify patients, and then help understand the genetic profiles of their tumors, which might help guide management later on. And hopefully, we can get to the point where all this is through urine, or even blood tests, without having to do invasive procedures that require anesthesia or trips to the operating room to do the same things.

Is there anything else you feel our audience should know about the research?

I think 1 important point is that when we did this study, these urine cytology specimens were instrumented. We did obtain these specimens ureteroscopically, so there's probably more cellular material there. They were not voided specimens, which is when a patient would pee into some specimen cup and then get the material from there. One of the next steps will be finding out if we can get the same kind of information from voided specimens. But for now, these are all instrumented urine samples. 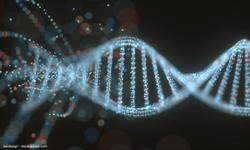 A primer on DNA sequencing for the practicing urologist