Novel therapies are promising but face questions about patient selection and efficacy.

Erectile dysfunction is a common concern among aging males. Not only does ED affect quality of life, but it is also linked to cardiovascular disease, hypertension, diabetes, and overall health.

Currently, there are three categories of ED treatments. Oral medications such as phosphodiesterase type-5 (PDE-5) inhibitors (sildenafil, vardenafil, tadalafil, and avanafil) have comparable efficacy. Intracavernosal injections (alprostadil, phentolamine, papaverine, and/or atropine) or intraurethral suppositories (alprostadil) are alternatives in patients who are non-responders to oral medications or have side effects. Penile implants are the most invasive treatment but provide durable results and the highest satisfaction rates of all of treatments.

Given the prevalence of ED, there is significant incentive to find more effective and less invasive treatment options. Here we review new and emerging treatment options for this common condition. We also review the use of nutraceuticals, which are not new but have seen explosive growth in recent years (see, “Nutraceuticals for ED at a glance.")

PDE-5 inhibitors remain the cornerstone of oral therapies. Researchers have explored alternative pathways for novel therapeutics (table), although success has been limited. Currently, no novel oral medications are in clinical development. Prior targets have focused on central pathways (dopaminergic and melanocortin) and peripheral pathways (guanylyl cyclase and Rho-A/Rho kinase), but novel oral therapies directed at these pathways have shown limited efficacy and tolerability. An overview of the cellular pathways is shown in the figure.

Dopaminergic agents. Initially, the use of dopamine agonists for Parkinson’s disease was associated with increased libido. Apomorphine is a dopamine D1 and D2 receptor agonist that was approved for ED in Europe in 2001. In a phase III double-blind, parallel-arm, crossover study of nearly 900 men with ED, more than 50% of those using apomorphine were able to obtain an erection sufficient for intercourse compared to 33% of men using placebo (BJU Int 2002; 89:409-15). However, the FDA did not approve the drug in the United States because of concerns about hypotension. Similar medications (ABT-724 and ABT-670) targeted to the D4 receptor have also been studied, but development was stopped after phase II studies.

Recently, a landmark study identified a single locus near the SIM1 gene that was associated with risk of ED independent of known risk factors in a large cohort (Proc Natl Acad Sci USA 2018; 115:11018-23). SIM1 encodes transcription factors involved in the leptin-melanocortin pathway and may represent an exciting target for future novel therapies.

Guanylyl cyclase activators. Soluble guanylyl cyclase is a key component of the nitric oxide (NO) pathway (figure). In post-prostatectomy patients or diabetics who have severe endothelial dysfunction and cavernous nerve injury, PDE-5 inhibition does not increase endogenous NO levels sufficiently. In these patients, direct activation of soluble guanylyl cyclase may enhance erections.

Rho kinase pathway. The RhoA/Rho kinase pathway contributes to cavernosal smooth muscle contraction, which is independent of the NO pathway. When activated, the smooth muscle myosin light chain (MLC) is phosphorylated by inhibiting MLC phosphatase, leading to calcium sensitization and smooth muscle contraction. Studies of hypertensive and diabetic rats have suggested upregulation of this pathway and a resultant worsening of erectile function. SAR407899 is a specific RhoA/Rho kinase inhibitor that induces penile erection with greater potency and longer duration than sildenafil in a diabetic rabbit model, as well as in human cavernosal tissue strips (J Transl Med 2012; 10:59). However, development of this drug ceased after completion of phase II clinical trials, without reporting of results.

Topical agents for the treatment of ED are an appealing alternative for patients who experience adverse effects with the use of oral PDE-5 inhibitors and who do not desire more invasive treatments. Topical alprostadil has been studied in several double-blind, placebo-controlled trials with notable improvements in International Index of Erectile Function (IIEF) scores and few minor side effects such as erythema at the administration site.

Topical sildenafil is currently being studied for the treatment of ED. A phase I pharmacokinetic and safety trial has shown good penetration of topical sildenafil without significant side effects (bit.ly/topical-sildenafil). A phase II proof-of-concept study has been completed, although results have not yet been reported. Various formulations of both topical alprostadil and sildenafil are available through online outlets and compounding pharmacies, although tissue penetration and efficacy are likely variable. While promising, considerable investigation of topical agents is still needed.

Stem cells have become an attractive therapy for ED, particularly following prostatectomy, where ED is secondary to cavernosal nerve damage. Stem cells for the treatment of ED have been derived from a number of sources, including adipose tissue, bone marrow, urine, placenta, umbilical vein endothelium, and amniotic fluid. Adipose-derived stem cells are the most studied in ED treatment in the rat model, with several studies showing an improvement in intracavernosal pressure in rats injected with stem cells directly into the corpus cavernosum.

Additionally, combination treatment with brain-derived neurotrophic factor (BDNF), PDE-5 inhibitors, and adipose-derived stem cells have suggested a synergistic effect in improving erectile function in the rat model (Tissue Eng Part A 2014; 20:2446-54). However, data examining the therapeutic efficacy and safety of stem cells for treatment of ED in humans are limited, and this therapy remains experimental.

Platelets play an important role in inflammation, tissue remodeling, and angiogenesis. The use of autologous platelet-rich plasma (PRP) has been explored in the treatment of a number of conditions, including ED. Whole blood is obtained from the patient through venipuncture and the sample is then centrifuged to remove white and red blood cells. The supernatant contains platelets and plasma proteins, including growth factors and other components that can aid healing, which are then directly injected into the corpus cavernosum.

Wu et al performed intracavernosal injection of PRP in an animal model of ED after cavernous nerve crush injury, observing an improvement in erectile function after PRP (J Sex Med 2012; 9:2838-48). However, no studies evaluating the efficacy of PRP for ED in humans are currently available.

The safety of PRP has been suggested in a study by Matz et al in which PRP fibrin matrix was used in 16 patients for ED and/or Peyronie’s disease. There were no major complications, and minor complications included mild pain or bruising at the injection site in approximately 20% of patients (Investig Clin Urol 2018; 59:61-65). Although PRP is an interesting potential therapy for ED, further studies are warranted to evaluate its safety and efficacy.

Extracorporeal low-intensity shock wave therapy (LISWT) is an emerging treatment for ED. It has been studied previously for a number of other conditions, including tissue ischemia, wound healing, and musculoskeletal disorders. LISWT utilizes direct mechanical forces from a pulse energy source and indirect force through cavitation that is directed at the treatment target. For ED, LISWT is thought to induce microtrauma to the cavernosal tissue that upregulates angiogenic factors, resulting in new blood vessel growth.

Vardi et al were the first to systematically report their experience with LISWT for ED in 2010, and since then a number of other studies have been published suggesting some therapeutic efficacy, with minimal adverse effects (Eur Urol 2010; 58:243-8). However, the ability to draw conclusions from the current literature is limited due to difference in treatment protocols, follow-up time, and patient selection. Several ongoing randomized clinical trials will help our understanding of the role of LISWT in the treatment of ED.

Over the last decade, we have developed a better understanding of the pathophysiology of ED. However, novel therapies-especially oral agents-with demonstrable efficacy and favorable side effect profiles are lacking. Other innovative therapies in early clinical stages show promise, but there remain unanswered questions about patient selection and efficacy. Continued technological advances and a detailed understanding of the spectrum of pathophysiologic mechanisms of ED will translate to novel therapies in the future.

Next:Nutraceuticals for ED at a glance

Nutraceuticals for ED at a glance

Nutraceuticals are therapies that use alternative, natural, or herbal additives with claims of health benefits. Consumption of these therapies has exploded over the last decade. As a result of the Dietary Supplement Health Act of 1994, supplements are regulated as foods rather than medications. The aversion that men with ED often have to seeking medical care, in part from the negative stigma associated with the condition, has likely fueled this growing market.

Yohimbine. Yohimbine is derived from the African yohimbe tree and inhibits central alpha-2 adrenergic receptors to increase libido, although the true mechanism contributing to erections is unknown. An early meta-analysis suggested yohimbine had therapeutic efficacy with few adverse effects. More recently, a study explored on-demand L-arginine glutamate and yohimbine in 45 patients with mild to moderate ED in a double-blind, placebo-controlled study (Eur Urol 2002; 41:608-13; discussion 13). Those who received the combination had improved erectile function domain responses on the International Index of Erectile Function (IIEF) compared to placebo. Yohimbine is the most promising nutraceutical, although it is uncertain how it compares to current oral ED medications.

L-arginine. L-arginine is a naturally occurring amino acid that is also a component of many nutraceuticals claiming to boost erectile function. It is a precursor to nitric oxide and supplementation with L-arginine can boost nitric oxide levels, leading to smooth muscle relaxation and increased blood flow. However, demonstrable efficacy of L-arginine supplementation is limited.

Red ginseng. Similar to L-arginine, ginseng affects the NO pathway, stimulating nitric oxide synthase (NOS). Nearly a dozen randomized studies have evaluated the use of ginseng for ED. Most have reported a positive effect, although each of these studies has methodologic flaws including selection bias, dosing, and follow-up. Adverse effects of red ginseng are generally mild and include headaches, gastrointestinal upset, skin irritation, and reports of symptomatic hypoglycemia in diabetics. However, currently there is no convincing evidence for therapeutic efficacy of this compound.

Section Editor Steven A. Kaplan, MD, is professor of urology at the Icahn School of Medicine at Mount Sinai and director benign urologic diseases, Mount Sinai Health System, New York. Follow him on Twitter at @MaleHealthDoc. 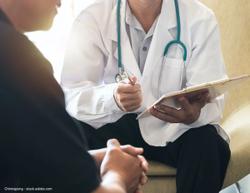