The use of enzalutamide (XTANDI) to treat men with chemotherapy-naÃ¯ve metastatic castrate-resistant prostate cancer (mCRPC) is associated with better overall survival and significantly lower resource use and health care costs compared with abiraterone acetate (ZYTIGA), according to findings from a retrospective analysis of real-world data presented at the AUA annual meeting in Chicago.

“Prostate cancer is the second leading cause of cancer death for men in the United States, and it accounts for a large health care cost burden. Both enzalutamide and abiraterone combined with prednisone are approved therapies for men with mCRPC. Findings from previous retrospective analyses suggest that enzalutamide is associated with survival advantages compared with abiraterone and prednisone when used to treat men with mCRPC in both chemotherapy-naÃ¯ve and post-chemotherapy patient populations,” said Daniel J. George, MD, of the Duke Cancer Institute Center for Prostate and Urologic Cancers.

“The results from our analysis are consistent with the prior data for overall survival. In addition, our study provides insight on the economic burden of veterans with mCRPC, revealing that treatment with enzalutamide resulted in statistically less clinic visits and hospitalizations than treatment with abiraterone.”

The research used the Veterans Health Administration (VHA) database to identify adult men diagnosed with prostate cancer between April 1, 2013 and March 31, 2017. Men were selected for the study if they had undergone surgical or medical castration for prostate cancer and then had a pharmacy claim for abiraterone or enzalutamide (index date). Men were also required to have no history of receiving a prescription for chemotherapy, abiraterone, or enzalutamide during the 12 months prior to the index date and to have continuous VHA enrollment for at least 12 months before and after the index date.

After applying the selection criteria, 1,945 men prescribed abiraterone and 1,229 patients prescribed enzalutamide were included in the survival analysis. Median follow-up after the index date was similar in the enzalutamide and abiraterone groups (18 and 19 months, respectively), and the groups were well-matched for mean age, race, and Charlson Comorbidity Index score. The proportion of men with arrhythmia, congestive heart failure, and type 2 diabetes was significantly higher in the enzalutamide group, whereas a greater percentage of men prescribed abiraterone had received a corticosteroid prior to the index date.

Next: What the authors foundMedian overall survival time estimated with Kaplan-Meier analysis was 29.3 months for the enzalutamide group and 26.0 months for men prescribed abiraterone. A multivariate Cox proportional-hazards regression model found the risk of death was significantly lower in men treated with enzalutamide (hazard ratio: 0.87; p=.0073).

Health care resource utilization in terms of pharmacy, inpatient, and outpatient visits and their related costs were analyzed for the 12-month period after the index date in groups of men created through propensity score matching and included 1,160 patients in each cohort. The comparative analysis showed no significant difference between the enzalutamide and abiraterone groups in mean number of pharmacy visits (0.86 vs. 0.87), but mean inpatient length of stay was significantly shorter for the enzalutamide group than in men prescribed abiraterone (0.45 vs. 0.63 days) as was the mean number of outpatient visits (0.86 vs. 1.03).

Similarly, all-cause health care costs were significantly lower in men prescribed enzalutamide compared with those prescribed abiraterone considering both inpatient and outpatient medical costs, and there was a statistically significant difference of approximately $1,000 in total all-cause health care costs favoring the enzalutamide group ($8,086 vs. $9,092; p<.0001).

“This study is limited by its retrospective nature and by factors not collected in this database that may contribute to differences in these populations,” Dr. George said. “Nonetheless, increased clinic visits and hospitalizations create added physical and emotional stress and fatigue on our patients and their caregivers. Awareness of the full impact these treatments have on our patients and their caregivers should factor into our decision process.” 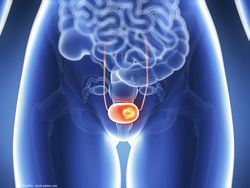