Impact of raising testosterone levels in men after radical prostatectomy

A “testosterone challenge” approach appears to allow for early detection of prostate cancer recurrence in men with low testosterone after radical prostatectomy (RP), according to a study presented at the 2021 Sexual Medicine Society of North America Fall Scientific Meeting.1

The investigators found that 5 of 22 men who underwent the challenge had a rise in prostate-specific antigen (PSA) level following testosterone therapy.

The investigators found that 5 out of 22 men experienced an elevated PSA level after the testosterone injection, 2 of whom experienced immediate rises of in PSA.

All other men in this study started testosterone therapy immediately and experienced PSA elevation at 9, 14, and 22 months after initial injection (PSA values 0.08 ng/mL, 0.12 ng/mL, and 0.11 ng/mL). Patients who had PSA elevation demonstrated a continual rise in PSA level and had detectable disease on imaging. Those who had PSA recurrence had either GS 7 with unfavorable pathology (2/22) or GS of at least 8 (3/22). 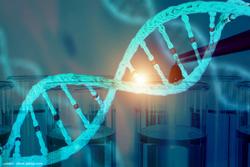