Body mass index (BMI) is positively correlated with prostate volume, according to a study of 278 men who underwent surgery to treat benign prostatic obstruction.

Guidelines for benign prostatic hyperplasia (BPH) management recommend first treating patients with medical therapy and reserving surgery when necessary for cases that have progressed.2 But there is a limited understanding about which patients progress and why, according to the paper.

“[These findings] provide intriguing insights into the etiology and genetic components of BPH,” said study author Joel T. Funk, MD, associate professor of urology at the University of Arizona, Tucson. “Further studies will hopefully involve broadening the analysis to a larger population and seeing if we find stronger correlations that we then could use clinically.”

Of the 278 patients studied, nearly 63% were European Americans and nearly 28% were Hispanic Americans.

“We … have a unique patient population in Southern Arizona with good representation of Hispanic Americans, who have high obesity and comorbidity rates,” said study author Ken Batai, PhD, research assistant professor in urology at The University of Arizona College of Medicine.

They also did not find significant associations between prostate volume for diabetes or hypertension, although there was a positive trend for an association between diabetes and having larger prostates.

Age at surgery was not correlated with prostate volume but was to BMI. The correlation between age at surgery and BMI was stronger among European American patients than Hispanic American men.

“Interestingly, age at surgery showed a trend for significantly positive association with prostate volume in European Americans … but not in Hispanic Americans,” the authors wrote.

The authors hypothesized that men from minority groups, such as Hispanics, who were obese and had metabolic diseases would be disproportionately impacted by BPH. But they found although European American and Hispanic American men demonstrated a positive correlation between BMI and preoperative prostate volume, the correlation was significant for European Americans and not for Hispanics. That could be due to the small sample size of Hispanics, they wrote.

When they focused on obesity related biological changes, they studied A2M and TGFB3 because these genes are overexpressed in BPH and may play roles in obesity.3 They found different gene expression patterns among cell types, patients’ demographic backgrounds, and comorbid conditions, but those findings need further study with larger sample sizes, the authors wrote.

Study limitations include that it is retrospective, has a relatively small sample size, and was done at a single institution. 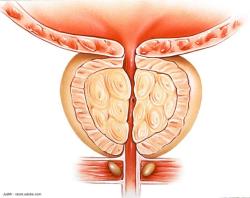 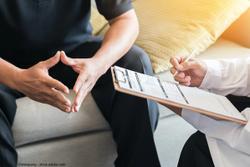 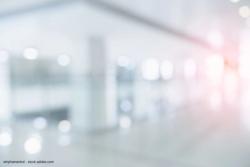 Patient treatment begins in trial of novel device for BPH