Laser lithotripsy: Is there a saturation point for frequency?

Increasing the frequency setting on a holmium:YAG laser increases stone fragmentation, but determining the saturation point at which efficiency plateaus requires further study.

Increasing the frequency setting on a holmium:YAG laser increases stone fragmentation, but determining the saturation point at which efficiency plateaus will require further study, researchers from the University of Michigan reported at the AUA annual meeting in Chicago.

“Previously available holmium laser lithotripsy systems were limited to a maximum frequency of 20 Hz. With their higher power, newer generation lasers can achieve frequencies of 80 Hz, which led to the advent of the dusting technique using low pulse energy and high frequency. In theory, increasing the frequency would be expected to increase stone fragmentation, but it is not known if there is a level above which there is no additional gain from raising the frequency,” said first author Ali Aldoukhi, MD, MS, of the University of Michigan, Ann Arbor.

“Our research was designed to answer this question, and based on our findings, we believe that a saturation point for efficiency may be reached when the frequency is 80 to 100 Hz. However, confirmation of our prediction will require additional study.”

The laboratory study was comprised of two sets of experiments that were done using a 120W holmium:YAG laser (Moses P120) with a 230-Î¼m core fiber (Moses 200) and pulse energy setting of 0.5 J. The first experiment investigated the effect of frequency on fragmentation of a flat BegoStone at a fixed location. It was done with the fiber fixed in contact with the stone.

Crater volume was measured using 3-D laser confocal microscopy after delivery of 1, 5, 10, 15, 20, 25, 30, 35, and 40 pulses. Five trials were done at each pulse level, and averaging of the results showed that crater volume increased only minimally with delivery of more than 20 pulses.

Of greater clinical relevance, the second experiment investigated the relationship between increasing frequency and fragmentation when the fiber was moving. Here, the fiber was attached to a 3-D positioner and used to make 10 20-mm lines, simulating a painting technique, while the fiber was moved at a rate of 1 or 3 mm/second. Five trials each were done at each speed for frequencies of 20, 40, and 60 Hz.

Fragmentation was calculated as the difference in stone mass before and after treatment.

At the 1-mm/second speed, increasing the frequency from 20 to 40 Hz resulted in 38% greater fragmentation. Fragmentation approximately doubled when using a frequency of 60 Hz compared with the 20-Hz setting.

Next:Caveats to considerSenior author Khurshid R. Ghani, MD, said that the clinical implications of this work suggest there might be a saturation point for frequency when using the holmium:YAG laser for stone fragmentation, especially when performing a dusting technique. He mentioned, however, that there are several caveats to consider.

“One limitation of our work is that we did not assess how using higher pulse frequencies can affect vision quality during dusting technique. Higher frequencies might result in more debris that could hinder optimal visualization and cause the surgeon to slow down, thereby leading to lower efficiency. This problem might be addressed in the future by suction systems or devices during lithotripsy,” Dr. Ghani said.

“In addition, we do not know how fast surgeons are moving the fiber when executing a dusting technique during ureteroscopy. Understanding this is important, especially since robotic platforms for ureteroscopy are currently being developed.”

Dr. Ghani is a consultant to Lumenis and Boston Scientific. 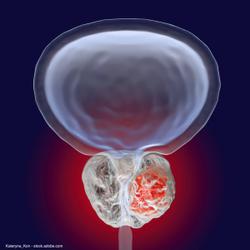