Widowed bladder cancer patients are more likely to die from the disease than married patients, according to a recent study.

Widowed bladder cancer patients are more likely to die from the disease than married patients, according to a recent study (Medicine 2018; 97:e11378).

Researchers studied 5-year cause-specific survival in nearly 134,000 bladder urothelial carcinoma patients in the Surveillance, Epidemiology, and End Results (SEER) database from 1988 to 2009. When they compared widowed to married patients, they found widowed patients had lower survival in all the categories they studied: noninvasive papillary carcinoma, in situ, and stages I, II, III, and IV.

They found widowed patients in the high-grade group had the worst 5-year cause specific survival at 55.7%, compared with 71.7% of married, 63.9% of single (never married), and 62.3% of divorced/separated patients. While widowed patients with low-grade bladder cancer had the worst survival rates in that category, the percentage differences were not as pronounced among the non-widowed groups of patients with low-grade bladder cancer. But among the stage IV patients, cause-specific survival at 5 years was 8.8% in widowed patients, versus 17.0% in married, 12.2% in single, and 15.1% in divorced/separated patients.

The reasons behind the better survival rates for married people could be due to psychosocial factors and social support, the authors reasoned.

Badrinath Konety, MD, MBA, of the University of Minnesota, Minneapolis and colleagues conducted a similar study published in Urologic Oncology (2009; 27:263-7). In their analysis of a SEER database of more than 127,000 bladder cancer patients between 1973 and 2002, they found that while marital status did not seem to significantly impact women’s survival, men were affected. Widowed men had a 1.74 increased relative risk of death from bladder cancer compared to married men. The effect of marital status was more pronounced for widowed men older than 70 years, who were 2.1 times more likely to die from the disease than their married counterparts.

Dr. Konety and colleagues did not find a definite survival advantage to being married versus not being married among the bladder cancer patients in their study.

Marriage status and related caregiver support appears associated with not only how patients fare after bladder cancer treatment, but it’s also likely to affect the treatments they receive, said Dr. Konety, who was not involved with the Medicine study. Patients for whom optimal therapy is complete bladder removal might not be candidates for the surgery if they don’t have anyone to care for them at home, he said.

Dr. Konety said he has an elderly widowed patient who lives alone.

“Ideally, he would need his bladder removed, but he can’t get that because [the family] concluded it would be too much for him and there would be no support. We changed our treatment paradigm because of that. Because of that, his survival won’t be as optimal. But you have to make a practical decision,” Dr. Konety said.

Read:What has been your experience with ERAS pathways?

Bladder cancer care involves a lot of provider interaction, whether it’s early-stage disease or advanced-stage disease and surgery, according to Dr. Konety.

“As clinicians, we spend a lot of time thinking about the impact of different treatment options on survival outcomes for patients with cancer,” said Jay B. Shah, MD, of Stanford University School of Medicine, Palo Alto, CA. “In the calculus that determines how long a patient lives, we give a significant amount of weight to the variables associated with treatment choice. This study [in Medicine]reminds us that there are other factors-such as the presence of a spouse-that may be important to keep in mind.”

It’s important to note, however, that the study is designed only to show an association-not to suggest a cause-and-effect relationship, according to Dr. Shah, who was not involved with the Medicine study.

“In addition, the limitations of the SEER database do not allow further probing into the subtypes of marital status. Perhaps there are differences in survival within married couples based on whether there is a sick spouse, the strength of the marital relationship, the duration of the marriage, etc. These would all be interesting avenues for future research in this arena,” he said.

Future research also should look at the impact of patients’ overall support structures, according to Dr. Konety. 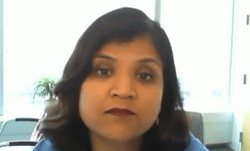