In most states, the standard for obtaining consent includes discussion of risks versus benefits, some known complications, and any alternative treatment options.

Dawn Collins, JDAn Illinois woman went to a urology practice with complaints of stress urinary incontinence, discomfort from pelvic organ prolapse, and perineal laxity. In 2009, her urologist performed surgery that included a cystocele repair with a polypropylene mesh kit, a mid-urethral sling procedure, and a perineorrhaphy.

A little over 2 weeks later, the patient reported severe pain, and a cystoscopy revealed that the mesh tape used in the cystocele repair had perforated the bladder. The physician removed the portion of the mesh involved in the perforation. The patient sought treatment elsewhere and underwent three remedial pelvic operations. She claimed she had pain and suffering until the end of 2011.

The woman sued the original urologist and claimed he lacked the experience, education, and training required for the cystocele repair and subsequent cystoscopic procedure. She also claimed lack of informed consent in that he failed to inform her of alternative treatment.

Go to the next page to get the verdict.

The physician denied any negligence in the care provided and argued that informed consent was obtained prior to the surgical procedure. A defense verdict was returned.

LEGAL PERSPECTIVE: While this case was successfully defended, it might have been avoided by assuring documentation in the chart of the consent process. The claim of lack of education and experience is not hard to overcome and is a general clause thrown in the lawsuit. But here, the lack of informed consent claim is specific to informing the patient of alternative treatments. In most states, the standard for obtaining consent includes discussion of risks versus benefits, some known complications, and any alternative treatment options. If these items are documented in the medical record at the time of informing the patient and obtaining consent for a treatment plan, it is unlikely that claim would be made in a subsequent lawsuit.

A Michigan man with a lengthy history of chronic lower back pain that did not improve with numerous conservative therapies eventually chose to undergo an elective two-level artificial lumbar disc replacement operation. This was to be performed by an orthopedic spine surgeon. The patient was referred to a general surgeon for a preoperative consult to assess his fitness for undergoing the operation by an open anterior approach.

On the day of surgery, the general surgeon made an incision into the patient’s abdomen and retracted the vessels and structures in the abdominal cavity out of the operative field for the orthopedic spine surgeon to then perform the disc replacement portion of the procedure.

The general surgeon and spine surgeon claimed that the ureter injury was a known risk of the procedure and that the most likely cause of the injury was a cut from the sharp instrumentation utilized by the orthopedic spine surgeon. They also argued that the subsequent onset of retroperitoneal fibrosis and loss of kidney function was due to the spine surgery itself and the excessive scar tissue that formed as a result. They contended the injury was recognized in a timely fashion and repaired immediately and that the ureter healed without complications. A defense verdict was returned.

NEXT: Laceration of obturator nerves during laparscopic procedure

In 2010, a 55-year-old Ohio woman underwent laparoscopic exploration of the abdomen due to cancer. The procedure included extensive lysis of adhesions and anterior exenteration with radical cystectomy and bilateral pelvic lymph node dissection and ileoconduit with urinary diversion. The procedure was performed by her urologist.

During the operation, the patient suffered bilateral lacerations of the obturator nerves, causing numbness and pain radiating to her inner thigh and legs. She also claimed weakness in her legs, as well as gait and posture instability.

The physician did not dispute the injuries, but argued that the injury was a known risk of the procedure and was enhanced by difficulty in visualizing the operative field due to her dense adhesions. A $150,000 settlement was reached.

Your most effective protection against a malpractice suit 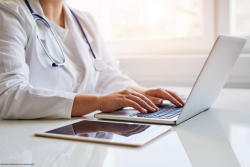