A single baseline PSA measurement taken during midlife strongly predicted the subsequent diagnosis of aggressive prostate cancer up to 12 years later among African-American men in the U.S.

A single baseline PSA measurement taken during midlife strongly predicted the subsequent diagnosis of aggressive prostate cancer up to 12 years later among African-American men in the United States, according to researchers.

Findings of the case-control study corroborate results of two earlier studies in the United States and Sweden suggesting midlife PSA had predictive value for prostate cancer in largely Caucasian populations.

The findings also help fill a research gap by providing new data on the potential role of midlife PSA measurement in African-American men, who suffer a higher burden of disease versus Caucasian men, said authors of the study published in European Urology (Sept. 17, 2018 [Epub ahead of print]).

Taken together, the findings of the three studies to date provide “strong support” for using a midlife PSA level to determine a personalized screening strategy, according to lead author Mark A. Preston, MD, MPH, of Harvard Medical School, Boston, and his co-authors.

“There's a solid body of evidence now that a midlife PSA is very predictive of aggressive prostate cancer, and risk-stratified screening, or smarter screening, is where we should be headed,” Dr. Preston said in an interview with Urology Times.

This latest study provides “promising” evidence that midlife PSA measurement could indeed improve on standard PSA screening, though more research is needed, according to authors of an editorial commenting on the results (Eur Urol Sept. 26, 2018 [Epub ahead of print]).

“The extent to which any personalized screening program would reduce overdiagnosis and overtreatment remains unclear,” authors Rebecca E. Graff, PhD, Linda Kachuri, PhD, and John S. Witte, PhD, of the University of California, San Francisco, wrote in their editorial.

That said, the present study highlights the association between midlife PSA levels and aggressive disease, since aggressive disease is the most clinically relevant and less likely to be over-diagnosed, Dr. Preston and colleagues said in their report.

Continue to the next page for more.Their nested, case-control study included African-American men from the southeastern United States participating in the Southern Community Cohort Study. Total PSA was measured in blood collected and stored at the time the men were recruited into the study at community health centers between 2002 and 2009.

Dr. Preston focused their analysis on a total of 197 incident prostate cancer patients aged 40-64 year when they entered the study, of which 91 had aggressive disease; and 569 controls that were matched by age, blood draw date, and enrollment site.

When they analyzed the men with PSA in the 90th percentile or higher versus those at or below median, the odds ratios increased to 174 for the 40- to 54-year-olds, and 51.8 for the 55- to 64-year-olds, Dr. Preston and colleagues reported.

Read: 5-ARI use reduces prostate Ca risk for up to 16 years

The study had a number of limitations, Dr. Preston and co-authors acknowledged, including the fact that they used a composite endpoint of aggressive prostate cancer based on stage, grade, and mortality.

Nevertheless, the findings to date argue strongly for using midlife PSA to risk-stratify those men who on one hand, may have lower risk and may need less screening in the future, and on the other, those who may need more frequent screening so that intervention, if needed, can be done in a timely fashion, Dr. Preston said in the interview.

“I think there's value to a midlife PSA level, maybe in the mid- to late-forties, in order to establish this risk and come up with an ongoing plan for the future, based on what is increasingly strong data,” he said. 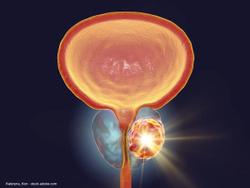