Percutaneous ablation vs. nephrectomy: Which is better?

The benefits of percutaneous ablation were less certain when compared to partial nephrectomy, though patients undergoing ablation appeared to have fewer complications, according to investigator Adam D. Talenfeld, MD, MS of Weill Cornell Medicine and NewYork-Presbyterian, New York.

This first-ever population-level study of percutaneous ablation outcomes strengthens findings of single-institution studies, and raises the level of evidence supporting its use in well-selected older patients, Dr. Talenfeld said in an interview with Urology Times.

The observational cohort analysis by Dr. Talenfeld and colleagues, published in the Annals of Internal Medicine (June 26, 2018 [epub ahead of print]), was based on data from the SEER (Surveillance, Epidemiology, and End Results) cancer registry tied to Medicare claims data.

The investigators included data for a total of 4,310 individuals aged 66 years or older who underwent treatment for T1a renal cell carcinoma (RCC) between 2006 and 2011.

Renal insufficiency, cumulative from 31 to 365 days post-procedure, was 11% for percutaneous ablation and 9% for partial nephrectomy, in contrast to 18% after radical nephrectomy, though otherwise, cumulative complication rates over 365 days were comparable between groups, Dr. Talenfeld and colleagues reported.

Current AUA guidelines do say that thermal ablation should be considered as an “alternate approach” for patients with tumors up to 3 cm in diameter. However, they stop short of making a stronger endorsement due to a lack of comparative data, 5-year follow-up, and histologic proof of malignancy, according to Dr. Talenfeld.

“I think the AUA guidelines are pretty progressive, and certainly, other guidelines could now possibly be updated to reflect a higher level of evidence in favor of percutaneous ablation,” he said. “However, the individual treatment assignment is going to depend on the patient, surgeon, interventionalist, and tumor factors, so all those things need to be taken into consideration.”

To estimate the effect of treatment type on RCC-specific survival and overall survival in this study, the authors used propensity scores to create inverse probability of treatment-weighted samples balanced for multiple patient characteristics.

“Separately comparing percutaneous ablation with radical nephrectomy, and again versus partial nephrectomy, using inverse probability of treatment weighting allows us to look at patients that are more representative of the older T1a RCC population as a whole, rather than creating samples that are more skewed toward one treatment type or another, as can happen when creating propensity score-matched cohorts,” Dr. Talenfeld explained. 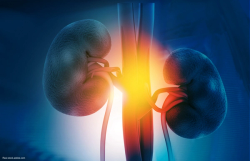