Prostate biopsy procedure is found to have a substantial environmental impact

The environmental footprint of prostate MRI and prostate biopsy is similar to a round-trip flight from London to Paris, according to the authors. 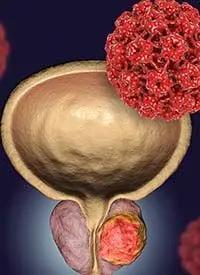 The use of prostate magnetic resonance imaging (MRI) and prostate biopsy for the diagnosis and monitoring of prostate cancer were found to contribute a substantial environmental footprint, according to a recent European Urology study.1

Investigators looked at the greenhouse gas (GHG) emissions emitted from a single transrectal ultrasound (TRUS)-guided prostate biopsy based on a cradle-to-grave life cycle assessment (LCA). The steps for the LCA were broken down into 3 parts: the prebiopsy MRI, a TRUS biopsy, and the pathological processing of the biopsy specimens.

The unit of analysis was a single prostate biopsy and pathology analysis with prostate MRI obtained beforehand. The primary end point was GHG emissions.

Findings estimated that a single transrectal prostate biopsy procedure with prior prostate MRI including targeted and systematic biopsies and pathology analysis emits an estimated 80.7 kg of carbon dioxide (CO2e). Prostate MRI was the largest contributor to overall GHG emissions, primarily through energy use associated with active imaging, contributing 57.8% of the total impact (46.6 kg CO2e). This was followed by staff travel at 25.6% (20.7 kg CO2e) and supply production at 14.1% (11.4 kg CO2e).

The total environmental footprint of prostate MRI and office-based prostate biopsy performed in an academic US medical center is similar to a round-trip flight from London to Paris, according to the authors, led by Michael S. Leapman, MD, of Yale School of Medicine in New Haven, Connecticut.

A 12-core systematic biopsy without prostate MRI generated the fewest emissions (36.2 kg CO2e). The majority of these emissions (91.3%, 33.0 kg CO2e) were contributed to the biopsy procedure itself.

The investigators recommend that clinicians use mpMRI to triage candidates for prostate biopsy and guide targeted biopsy cores. This could save the equivalent of 1.4 million kg of CO2 emissions per 100,000 patients, which is the equivalent of 700,000 liters of gasoline. They also suggested using risk-adapted strategies to limit the number of MRIs performed, such as preferentially offering MRI to patients who are most likely to benefit as well as foregoing initial MRI when there is a high pretest probability of significant prostate cancer.

The authors concluded, “Our findings indicate opportunities to reduce health care pollution by increasing the use of evidence-based approaches for prostate cancer screening and biopsy selection.”