Restaging transurethral bladder resection of the tumor (TURBT) prior to radical cystectomy (RC) with or without neoadjuvant chemotherapy (NAC) is associated with similar rates of pathologic upstaging, investigators reported at the 2021 Society of Urologic Oncology Annual Meeting.1

The investigators used a prospectively maintained, internal review board-approved institutional database for the study and identified 129 patients who underwent RC between 2013 and 2019 with a re-TURBT prior to RC. Of these patients, 53 received NAC between their initial and re-TURBT and 76 patients did not receive NAC.

The investigators also looked at re-TURBT with staging less than rT2 as a predictor for absence of muscle-invasive bladder cancer on pathologic staging. They found there was no significant difference between the groups, with negative predictive values of 69.0% and 66.7% for the NAC and no-NAC groups, respectively (P = .083).

Mehr reported that all patients who were node positive on initial TURBT were pathologic stage T2 or greater following chemotherapy and re-TURBT (n = 7), and that out of patients who were clinical stage T1 at post-NAC TURBT, 62.5% were pT2 or higher.

Mehr also noted, “With a high rate of patients who were clinical stage T1 on post-NAC re-TURBT having muscle-invasive bladder cancer on pathologic staging, these patients will be eligible for adjuvant immunotherapy with nivolumab [Opdivo] and clinical trial testing alternative adjuvant regimens.”

“While we have consistently found that one of the best predictors of positive clinical and survival outcomes is pT0 following RC, challenges remain regarding the accuracy of clinical staging with restaging TURBT and [exam under anesthesia]. Clinical trials that are testing bladder preservation in these patients require careful follow-up to determine outcomes relative to the potential for residual bladder cancer and occult disease,” Mehr said in his concluding remarks. 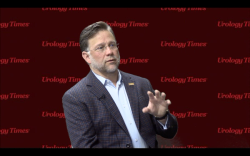 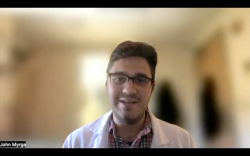