UGN-101 (Jelmyto) for pyelocalyceal solution showed a median durability of response (DOR) of 28.9 months in patients with low-grade upper tract urothelial carcinoma (LG-UTUC), according to data from the OLYMPUS “rollover” registration trial shared during the 23rd Annual Society of Urologic Oncology meeting in San Diego, California.1 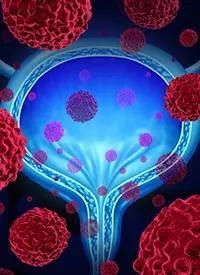 Patients who completed the OLYMPUS trial and remained in complete response were eligible to participate in an ongoing, non-interventional, rollover study to obtain long-term follow-up data on treatment durability.

Based on the overall results of the primary phase 3 OLYMPUS trial, Jelmyto, a mitomycin-containing reverse thermal gel, was approved by the FDA in April 2020 for the treatment of patients with LG-UTUC.

“The clinical benefit of Jelmyto was demonstrated in the phase 3 OLYMPUS study and data presented today highlighted the long-term durability of that benefit. Jelmyto provides an effective and durable kidney-sparing treatment option and should be considered as primary therapy for adult patients with LG-UTUC,” Phillip Pierorazio, MD, chief of Urology at Penn Presbyterian Medical Center, stated in a news release.2

The primary phase 3 OLYMPUS trial (NCT02793128) evaluated the safety, tolerability, and tumor ablative effect of Jelmyto for the treatment of LG-UTUC. Patients who completed this trial and remained in complete response (CR) were eligible to participate in an ongoing, non-interventional, rollover study to obtain long-term follow-up data on treatment durability.

The data were obtained through physician-provided updates, which are provided biannually on disease status of patients as they continue to receive their standard care surveillance and treatment. Outcomes of interest for the researchers include DOR, events of disease recurrence and progression, post-study treatments, and death.

Data were available for 16 patients who met inclusion criteria at the time of data cutoff, and the median DOR among those patients was 28.9 months (range, 14.6-47.6). At the time of the analysis, 13 patients were still in CR, 2 patients had a recurrence of LG-UTUC on the same side treated in OLYMPUS, and 1 patient received radical nephroureterectomy due to ureteral stricture without evidence of UTUC at the time of surgery. The 2 patients with disease recurrence both underwent endoscopic ablation. No patients had progression to high-grade disease.

The researchers concluded that these findings on long-term durability of the treatment offer continued support for the use of the mitomycin gel as a nonsurgical alternative to existing methods of treatment for LG-UTUC.

“Jelmyto is an important addition to the urologist’s tool kit for treating LG UTUC. These data are the first to show the potential for long-term recurrence free survival in patients treated with Jelmyto. We look forward to additional independent validation of this important observation,” Mark Schoenberg, MD, chief medical officer of UroGen, the developer of Jelmyto, stated in the news release.

Long-term data from overall OLYMPUS trial were presented at the 2021 AUA Annual Meeting.3 The open-label, single-arm, phase 3 OLYMPUS trial enrolled a total of 71 patients with LG-UTUC who had never undergone treatment or who had recurrent low-grade, noninvasive disease with at least 1 measurable papillary tumor.

Study participants received mitomycin gel once a week for the duration of 6 weeks followed by a 4- to 6-week grace period. In this period, patients were assessed for the primary efficacy end point of CR rate at their primary disease evaluation (PDE) visit. If patients experienced a CR to treatment, they went on to receive the gel monthly for up to 11 additional months.

Patients were determined to have a CR if ureteroscopy and cytology were entirely normal. If there were any abnormalities, patients underwent a biopsy by which this was determined to be either recurrence or a CR.

A key secondary end point of the trial was durable response at the 12-month follow-up visit, and other end points included durability of response with mitomycin gel at 3, 6, and 9 months following the PDE visit. As part of the long-term follow-up, investigators examined duration of response, disease recurrence, disease progression, and death.

The primary analysis of the trial was done on the intention-to-treat (ITT) population, which comprised patients who were given 1 or more instillation of the gel. Secondary analyses were conducted in patients who achieved a CR at the time of their PDE visit, and long-term follow-up analyses looked at those who had a CR at 12 months following their PDE visit.

Of the 71 patients enrolled to the study (ITT population), 10 discontinued mitomycin gel (9 because of adverse effects [AEs] and 1 because of withdrawn consent), and 19 did not achieve a CR by their PDE visit. A total of 42 patients in the ITT population experienced a CR to treatment at the time of their PDE visit, which translated to a CR rate of 59.2% (95% CI, 46.8%-70.7%). Of these patients, 1 withdrew consent, 10 discontinued treatment, and 8 experienced disease recurrence.

Twenty-three patients maintained their CR at 12 months, translating to a CR rate of 56.1% (95% CI, 39.7%-71.5%). Five of these patients were at sites where follow-up protocol was not yet initiated, 2 did not have data available, and 1 was lost to follow-up. The data presented at the 2021 AUA Annual Meeting were for the remaining 15 evaluable patients. The median duration of response (DOR) achieved with mitomycin gel induction therapy was 28.1 months (95% CI, 14.6-37.1) in these 15 evaluable patients. Eighty percent of patients (n = 12) experienced a durable response, defined as having no evidence of recurrence or not having to undergo radical nephroureterectomy.

Twenty percent of patients (n = 3) did not experience a durable response because of disease recurrence (13%; n = 2). One patient needed to undergo radical nephroureterectomy (7%); however, notably, this was performed because of ureteral stricture rather than disease recurrence.

Patients who experienced recurrence underwent endoscopic ablation. None of the patients with disease recurrence progressed to high-grade disease.

“We showed that in the oldest patient cohorts, age became an independent risk factor for development of de novo CKD after surgical intervention in patients who underwent radical nephrectomy," says Mimi Vu Nguyen.