Shock wave lithotripsy: Down, but not out

Lisette Hilton, president of Words Come Alive, has written about health care, the science and business of medicine, fitness and wellness for 25 years. Visit www.WordsComeAlive.com.

Once considered a primary option for kidney stone treatment, shock wave lithotripsy appears to be losing traction. Many urologists say its outcomes aren’t as reliable as those from ureteroscopy. But others say it remains an option that works well with proper patient selection and technique and offers what ureteroscopy doesn’t: a noninvasive option.

National Report-Once considered a primary option for kidney stone treatment, shock wave lithotripsy (SWL) appears to be losing traction. Many urologists say its outcomes aren’t as reliable as those from ureteroscopy.

Related: Do you think shock wave lithotripsy should be retired?

But others say it remains an option that works well with proper patient selection and technique and offers what ureteroscopy doesn’t: a noninvasive option. About three-fourths of respondents to an online Urology Times poll said they don’t think it’s time to retire SWL.

Dr. AverchTimothy D. Averch, MD, said he was part of “lively” discussion on the topic at an AUA plenary session 2 years ago.

“I said that I don’t believe SWL is dead. I believe it’s going through a rough time; I would probably use the word ‘endangered.’ It’s going through a period of modification,” said Dr. Averch, who is professor and vice chair for quality and director of endourology at the University of Pittsburgh Medical Center.

SWL and ureteroscopy are competitive technologies that are often targeted at the same stone burden, according to Brian R. Matlaga, MD, MPH, professor of urology at Johns Hopkins Medical Institutions in Baltimore.

“The great difficulty with SWL is we have a limited ability to predict treatment outcomes,” Dr. Matlaga said. “The great attraction of SWL is that it’s a noninvasive modality.”

Next: Two things working against SWL in today's treatment of stones

Two things are working against SWL in today’s treatment of kidney stones, according to Dr. Averch. One is a culture favoring a more conservative approach and allowing stones to pass. The second is widespread access to complex ureteroscopy.

“As more and more urologists are getting trained in complex ureteroscopy and are getting comfortable with it, the indications for SWL are continuing to get smaller and smaller,” Dr. Averch said.

Dr. SankeyBut the debate about SWL’s worth doesn’t take reality into account, according to Noel Sankey, MD, who is CEO and medical director of the Kidney Stone Center of the Rocky Mountains and assistant clinical professor in urology at University of Colorado, Denver. Dr. Sankey agrees that residents are better trained in the more skill-dependent ureteroscopy, but that only represents a small percentage of practicing urologists. Of the 30 urologists who work at the stone center and 60 urologists who refer to it, Dr. Sankey said he might let only about 20% perform a ureteroscopy on him.

Have you read - Urolithiasis: Genetics and lifestyle rule

“We do ureteroscopy here at the center because there are times when it’s a much preferred procedure over shock wave lithotripsy. And if you are well trained and very competent at doing ureteroscopy, you can treat pretty much most stones, except huge stones in the kidney,” Dr. Sankey said. “I think skill is important with both procedures, but more so with ureteroscopy. The older urologists who have been around for 10 or 20 years are not as skilled as the new residents coming out of training programs.”

Next: Patient preference a consideration

It’s hard to discount something that’s popular among patients.

Dr. ShahA lot of patients like the noninvasive nature of SWL-especially after they hear they might need a ureteral stent following ureteroscopy, according to Ojas Shah, MD, professor of urology and director of endourology and stone disease, Columbia University Medical Center, New York.

“But then when you discuss the success rates of the procedures with the patient-including stone-free rate-the overall success rate of ureteroscopy is higher, so a lot of patients end up choosing ureteroscopy,” Dr. Shah said.

“Conceptually, most of us would rather not have foreign objects going inside our bodies, if given that choice. But the concession might come with counseling of the patient about outcomes,” Dr. Matlaga said.

The good news is that counseling has gotten better. Today’s urologists are smarter about which patients will succeed with SWL, according to Dr. Averch.

“So, instead of using it as sort of a shotgun approach for all stones, we’ve now defined the population much, much better for those that will have success,” Dr. Averch said. “By identifying those risk factors and selecting the patient appropriately, you can have a very successful SWL treatment.”

Next: Three factors for assessing patients

First, he looks at stone size and location.

“If a stone is less than 2 cm, you’re going to have a better outcome [with SWL]. Remember to look at all three dimensions of the stone,” Dr. Averch said. “Then, look at location. We know a stone in the lower pole is going to have a much higher failure rate with SWL. There is an abundance of literature to that end, including the largest randomized lower pole kidney stone study that was performed a couple of years ago (J Urol 2005; 173:2005-9).”

The best stone location for SWL is the upper pole of the kidney, the renal pelvis, or upper ureter, he said.

The second factor is stone density.

The third factor is skin-to-stone distance.

“If the patient’s stone is beyond the reach of the shock wave focal point, it’s going to fail. We know from the literature that a distance of greater than 10 cm will decrease the success of SWL. Now, that is modifiable based on the particular shock wave machine you are using, but, regardless, if you get too far away, your success rate is going to go down,” Dr. Averch said.

Using all these parameters leaves urologists with a small population of patients who are good candidates for SWL, according to Dr. Averch.

Next: What's missing from recommended parameters

Dr. Sankey, who has been practicing for nearly 3 decades and continues to see patients a few days each month, agreed that stones in the lower two-thirds of the ureter are best treated by ureteroscopy. And he and his staff of urologists use basically the same parameters before recommending a preferred method of stone removal to patients.

“Most of our panel [of doctors] would rather have two or three episodes of SWL rather than a long ureteroscopy (with the possibility of retained fragments) or two episodes of ureteroscopy,” Dr. Sankey said.

Also see: Alpha-blocker may have benefit in larger stones

When patients are candidates for both procedures, each seems to offer benefits and drawbacks. In a study of 160 patients comparing objective outcomes with patient-reported outcomes after SWL and ureteroscopy for ureteral calculi, researchers found patients undergoing SWL had a stone-free rate of 61.5% after one session, 81% after two sessions, and 93.5% after three sessions versus 100% after ureteroscopy (World J Urol 2013; 31:1569-74). Complications were comparable, as was overall satisfaction between the groups. However, patient-reported outcomes for voiding symptom and time to return to routine activity were significantly better in the SWL group.

Urologists that adhere to proper patient selection and evidence-based SWL technique will get good results with SWL, according to Dr. Sankey.

Have you read: Stone patients are poorly adherent with medical prophylaxis

Among those best practices, Dr. Sankey’s practice published research more than a decade ago suggesting the use of general anesthetic versus intravenous sedation leads to better outcomes (J Urol 2002; 168:35-7). That’s because less stone movement results in better fragmentation.

“We think using low power to protect the kidney and then ramping up the power is valuable. We think a slow rate gives you better fragmentation of the stones,” Dr. Sankey said. “All of these things have been published in the urologic literature. But a lot of centers that I’ve visited around the country don’t pay attention to the technique.”

The current technology of SWL has been shown to have better results with a slower rate, Dr. Shah agreed.

“There is data that changing the amount of energy that’s used can help break stone. And ramping up the SWL power, as opposed to using a single power all the way through the procedure, can help protect the kidneys and improve fragmentation,” Dr. Shah said.

Guidelines in the works

Dr. MatlagaThe AUA is in the process of redoing its surgical management guidelines and is expected to release those at the 2016 annual meeting in San Diego, according to Dr. Matlaga.

“Until those are rolled out, we’d say that patients with particularly large-volume stones (if you reference guidelines such as the AUA’s or the European Association of Urology’s)-from 1.5 to 2 cm in size-should not undergo SWL as a primary therapy because it’s too large a stone burden to expect complete fragmentation and expulsion of the fragments,” Dr. Matlaga said. “For patients with ureteral stones, stones in the proximal ureter, guidelines suggest both shock wave and ureteroscopy are considered acceptable. For patients with distal ureteral stones, patients having ureteroscopy are more likely to get a better outcome, meaning the stones are out in a single procedure.”

From a guidelines standpoint, both SWL and ureteroscopy are acceptable treatment approaches for patients with uncomplicated kidney stones, according to Dr. Matlaga.

Ureteroscopy is undergoing changes in its technology, including new digital options and miniaturized and disposable ureteroscopes.

The next paradigm in technology that noninvasively treats stones might be coming out of the University of Washington in Seattle, where researchers have demonstrated that a technology they developed using ultrasound moves stones within the kidney. (For more about this, see www.urologytimes.com/Ultrasound-stones.)

Improvements in SWL technology have been minimal. Interestingly, the older-generation lithotripters are actually better than the newer-generation machines, according to Dr. Shah.

“The older machines had larger focal zones with much better shock wave penetration to the stone, so they pulverized and broke the stones much better. The newer shock wave lithotripters tend to have a tighter focal zone, which unfortunately do not break up stones as well and, potentially, increase your risk of complications, such as a hematoma,” Dr. Shah said.

Just how SWL will fare in the future continues to be up for debate, according to Dr. Shah. He said not only has ureteroscopy technology improved, but training for the procedure has, as well.

“Newer data in the U.S. and Canada shows ureteroscopy volumes have been going up, while SWL volumes have essentially been going down,” Dr. Shah said. (For more about this trend, see www.urologytimes.com/SWL-URS) “The newer urologists coming out of residencies and fellowships now are much more prone to doing ureteroscopy over SWL because they’ve been better trained in it and the success rates are higher.” 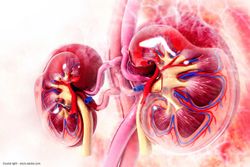