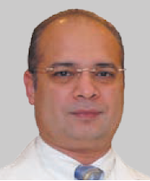 In “Journal Article of the Month," Badar M. Mian, MD, offers perspective on noteworthy research in the peer-reviewed literature. Dr. Mian is professor of surgery in the division of urology at Albany Medical College, New York.

Active surveillance of low-risk prostate cancer, with the intention to delay or avoid any treatment-related adverse effects, has been employed with increasing frequency over the past decade. However, concerns remain about disease progression and loss of opportunity to cure an otherwise curable disease. To address these concerns, Ahmad et al report on their experience and outcomes from delayed radical prostatectomy (RP) in men who were initially diagnosed with low-risk prostate cancer and managed with active surveillance (AS).1

The authors reviewed their AS cohort of 1359 men from 1992 and 2015 at Princess Margaret Cancer Centre in Toronto, Ontario, Canada, and identified 294 (21.6%) who were treated with RP due to disease progression. Of these, 170 (12.5%) underwent RP due to progression of grade group (GG) 1 to GG2 and formed the study group, with a median age of 61.5 years and median PSA of 5.5 ng/mL. A matched group of men with GG2 or higher undergoing immediate RP served as the control group. The primary outcomes included the presence of adverse pathology defined as pT3 or greater, GG3 or greater, positive surgical margin, or nodal metastases. Secondary outcomes of interest included biochemical recurrence (BCR), overall survival (OS), and cancer-specific survival (CSS).

Of the 170 men undergoing RP, 91 (53%) demonstrated reclassification to GG2 on confirmatory biopsy and 79 (47%) demonstrated grade progression on surveillance biopsies. There were no significant differences in the pathologic parameters (T stage, margins, nodal involvement) on the RP specimens between the study and control groups. The delayed RP group had a smaller median cancer volume noted at final pathology than the control group with initial GG2. Overall, adverse final pathology at RP was present in 54% of men with delayed RP for GG2 and 59% of men with initial RP for GG2 or higher.

Median time spent on AS in the study group was 31.0 months, and median follow-up after RP in both cohorts was 5.6 years. The 5-year OS and CSS were not different between the study and control groups (98.1% vs 99.7% and 100% vs 99.7%, respectively). BCR was also not significantly different between the delayed RP and immediate RP groups (15% vs 19%, respectively). Further, the 5-year BCR-free survival rate in the AS cohort undergoing delayed RP and the initial GG2 cohort undergoing immediate RP was quite similar (85.8% vs 82.4%, respectively).

These data clearly demonstrate that the pathologic and oncologic outcomes in patients who underwent RP for grade progression after a period of AS are similar to the matched controls undergoing immediate RP, and the time spent on AS did not appear to adversely affect the outcomes. For the study cohort, the time spent on AS, roughly 2.5 years, appears to be relatively short, considering the longevity of this data set. One reason may be that nearly half (53%) of the cohort had grade reclassification on first repeat (ie, confirmatory) biopsy and may be not true grade progression over time during AS. This may lend support to the idea of a confirmatory biopsy before assigning to an AS strategy, especially if the diagnostic biopsy did not use a targeted biopsy approach. Another explanation may be that the majority of disease progression occurs early in the course of active surveillance.

It is often stated that earlier identification of those men is required who are either misclassified at onset or experience early grade progression in order to avoid adverse outcomes. However, it appears that these inherent limitations of the AS paradigm did not compromise the survival outcomes for these men. Direct comparison of the outcomes of various AS protocols from different institutions can be difficult due to significant heterogeneity in the inclusion criteria and surveillance intensity. Despite the variability, a consistent theme with increasing level of confidence has emerged over the past few years that a period of active surveillance for men with low-risk prostate cancer does not compromise the window of curability.

Going forward, our challenge is to devise less intensive surveillance strategies, with fewer biopsies and fewer complications. A fertile area for further research is the oncologic outcomes of contemporary low-risk prostate cancer, which is often diagnosed following an MRI targeted biopsy. This would facilitate the development and validation of a modern, less intensive AS protocol incorporating noninvasive methodologies such as advanced imaging and/or urine or serum markers to identify disease progression.