A study published in the Canadian Urological Association Journal found that men with prostate cancer are at an increased risk of developing clinically significant depression, particularly patients with advanced disease, concomitant disability, and poor social determinants of health.1

“Our study examined the prevalence and predictors of depression in a large, contemporary, prospectively collected sample of men with prostate cancer. In this sample, we report an overall point prevalence of depression of 8%. This is lower than many previously quoted prevalence rates, but still elevated relative to general population estimates,” the investigators wrote.

A total of 2445 patients were included in the study, of whom 2263 had been diagnosed with prostate cancer within the last 12 months. Patients had a mean age of 68 years, and the majority were White and had a good performance status. Approximately half of all patients with localized disease had high-risk prostate cancer, 7% had a history of metastatic disease, and 11% had a history with a clinical diagnosis of depression or anxiety.

“Given the many adverse effects associated with depression, any prevalence rate of men with prostate cancer burdened by this psychological morbidity deserves consideration. This is consistent with recommendations to assess for depression among prostate cancer survivors. It is unclear as to how this rate of depression among men with prostate cancer might compare to men without malignant disease. We are not aware of any well-controlled studies with appropriate comparison subjects that provide data to answer this question,” the investigators concluded. 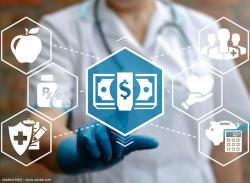