“Not only, as we've shown, does sepsis cost a lot of money, is very morbid, and can lead to mortality, but it's increasing,” says Naeem Bhojani, MD.

Naeem Bhojani, MD, and Ben H. Chew, MD, MSc, FRCSC, joined Urology Times® for an interview to explain their finding of a rise in sepsis following ureteroscopies in their study, “Yearly Trends in Sepsis and Mortality After Ureteroscopy". Bhojani is a clinical researcher and associate professor in the division of urological surgery at the University of Montreal, and Chew is an associate professor in the department of urological sciences at the University of British Columbia and a scientist at the Stone Centre at Vancouver General Hospital. 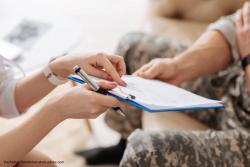