Northwestern Medicine investigators have identified a gene that confers resistance to a common prostate cancer treatment, according to a study published in Cancer Research.

Targeting the pathway downstream from this gene could reverse therapeutic resistance and improve outcomes for patients with prostate cancer, according to Sarki Abdulkadir, MD, PhD, the John T. Grayhack, MD, Professor of Urological Research, vice chair for research in the Department of Urology and senior author of the study.

“We need to address the issue of therapy resistance, as it may become a larger problem in the future,” said Abdulkadir, who is also a professor of Pathology.

Prostate cancer is the most common cancer and the second-leading cause of cancer mortality among men in the United States. Androgen Receptor Pathway Inhibitors (ARPI), which limits the usage of androgen hormones and their receptor (AR) upon which prostate cancer relies, has been the mainstay of care for more than 60 years.

However, most metastatic prostate cancers will eventually develop resistance to ARPI, with the tumors eventually reducing their dependency on androgen and on the AR, rendering ARPI obsolete.

In the current study, Abdulkadir and his collaborators, including Yara Rodriguez, a student in the Driskill Graduate Program in Life Sciences (DGP), an American Association of University Women fellow and lead author of the study, conducted an unbiased genetic screen to search for the tools with which prostate cancer makes this transformation.

The investigators screened nearly 20,000 genes, increasing activation of individual genes in cells and challenging those cells with enzalutamide, a common ARPI drug. Many genes, when upregulated, conferred resistance to the therapy, but one in particular caught Rodriguez’ eye: PRRX2.

“We know it’s important for metastases in breast and colon cancer, but it had never been studied in the context of prostate cancer,” Rodriguez said.

urveying a genetic database of patients with prostate cancer revealed patients with upregulated PRRX2 tended to have worse survival compared to other patients, especially in patients with AR-negative cancer — which usually means they had developed therapy resistance.

The investigators also teased out the functional pathways through which PRRX2 operates, finding that when upregulated, it helps activate the cell cycle — increasing cell division — as well as inhibits apoptosis, or programmed cell death.

While the precise connections between PRRX2 and androgen insensitivity remain unclear, PRRX2 clearly has some role to play — and inhibiting these pathways downstream could mitigate therapeutic resistance. This is especially important going forward, as longer survival and the proliferation of ADT therapy have drastically increased the population of patients with AR-negative prostate cancer, according to Abdulkadir.

“Ten years ago, maybe five percent of the patients you treat would fail therapy because they are AR-negative,” Abdulkadir said. “In ten years, it could be half of patients whose treatments fail, so we need a solution.”

Abdulkadir is a member of the Robert H. Lurie Comprehensive Cancer Center of Northwestern University.

This study was supported by National Cancer Institute grants P50CA180995, F30CA50248 and F30CA50196, and a Prostate Cancer Foundation Challenge Award. 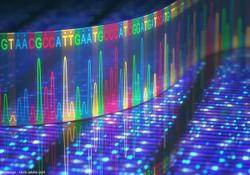