Dr. Goldberg discusses his findings on the rates of shared decision-making and PSA testing, which were presented at the NSAUA meeting in Charlotte, North Carolina. 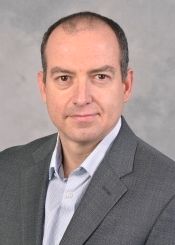 "We can see that discussing PSA advantages and disadvantages, which is when we use shared decision-making, does affect PSA testing," says Hanan Goldberg, MD, MSc.

Hanan Goldberg, MD, MSc, is an assistant professor of urology at SUNY Upstate Medical University in Syracuse, New York. His recent study, “Disparities Regarding Shared Decision-Making in Prostate Cancer Screening,”1 was presented at the Northeastern Section of the American Urological Association Annual Meeting. The research found disparities among minority groups regarding shared decision-making for prostate-specific antigen (PSA) testing. Goldberg discusses these findings and others in the following interview with Urology Times®.

We don't have enough data on how much shared decision-making is done and what really affects that. It's a difficult parameter to measure. We tried to use this large national database, which is the NHIS, the National Health Interview Survey, which asks questions like whether you had a PSA test done and whether your physician or your provider discussed with you the advantages and disadvantages of PSA screening, which we defined as being shared decision-making before being tested for PSA.

What were some of your notable findings? Were any of those surprising to you and your coauthors?

We specifically assessed the questions for men aged 45 to 75. There was a total of almost 120,000 people who answered the survey during 2018. Out of them, there are approximately 60,000 men who were in the age range of 45 to 75, [which is the range,] according to the NCCN guidelines, that recommends PSA screening for men. Of these men, unfortunately, only about 5000 to 6000 men answered these questions. We only looked at these men. It's a lower number, but it's still a relatively high number of men to assess, being close to 6000 men.

We also did a large multivariable analysis to try to see what affects PSA testing and what affects discussion of PSA advantages and disadvantages. Some of our findings were expected; they’ve been shown in other studies. One is age—as you grow older, you have more of a chance of first, undergoing PSA testing, and also having a PSA discussion on advantages and disadvantages of screening. We saw that married men also were more likely to have all these things being done. Then we specifically look at the races, and that's when we found some interesting data.

Why might some of the disparities that you uncovered in your research be present?

That’s a very good question. I don’t have the answers for all that, but definitely, this means that we as physicians and as health care professionals have some work to do here. [We need to] invest more time, efforts, and research on racial minorities and try to have equal rates of shared decision-making, especially PSA testing.

There's some literature that's been published looking at why there's lower PSA testing among minorities and why there's less shared decision-making. Some of it is a distrust of the health system that's been shown in Black men. Some studies have shown that could be a major factor that's affecting this. In other minorities, such as Asian men, there are some language barriers that could be affecting that. In general, there are many theories about this, but we don't really know the answer. We do know that for these specific racial minorities, more time and more tools need to be invested in order to have both the rates of PSA discussion and PSA testing equal to those that White men have.

Is any further research on this topic planned? If so, what will that focus on?

We are looking at other databases and trying to see if there are more robust databases that we can look into that have more questions to try and understand the reasons behind these findings. We are looking into that right now and trying to find more evidence that this is true association, and it's not something that we just randomly found. I think the main issue of just bringing this up to the surface, talking about this like we are doing just now, publishing this, and bringing it to the awareness of everyone, I think that's the most important thing. That, by itself, hopefully will make things better in the future.

Importantly, it's just to raise awareness of this and know that we, as health care professionals, as urologists, need to do a little bit better here, especially with racial minorities. This needs to be talked about more with these men, and we need make sure that they understand the importance of this. The more we talk about this, the more research that is being done on this topic, I think that will help raise the awareness and help all practicing urologists put the extra effort and time in this important subject.

Is there anything else that you'd like to add?

I just want to thank Dr. Michael Basin, who was a resident of ours at Upstate Medical University, who spearheaded this project and did an excellent job. The entire faculty at Upstate Medical University, with Dr. Gennady Bratslavsky, who is our chair, have shown great support in this research, and I want to thank them and tell them that I appreciate their help.