The results may help guide treatment selection with immunotherapy versus targeted agents in patients with kidney cancer.

The noncomparative, phase 2, biomarker-driven BIONIKK trial randomized 4 groups of patients with distinct tumor microenvironment compositions and prior outcomes with sunitinib (Sutent) to nivolumab (Opdivo) monotherapy, nivolumab plus ipilimumab (Yervoy), or a TKI. The subtypes were identified through previous analysis of transcriptomic data from frozen ccRCC specimens.2,3

The study results, which were presented during the 2020 ESMO Virtual Congress, showed that among all evaluable patients in the target cohort (n = 154), the objective response rate (ORR) was 39.3% with nivolumab monotherapy, 44.5% with nivolumab plus ipilimumab, and 50% with a TKI. The ORRs among evaluable patients in an additional cohort (ACE; n = 33) were 41.7%, 54%, and 25%, respectively.

“[The] BIONIKK trial provides evidence on the best candidates to receive TKI, nivolumab alone, or nivolumab/ipilimumab,” said lead study author Yann-Alexandre Vano, MD, PhD, a medical oncologist at Hôpital Européen Georges-Pompidou in Paris, France, during a virtual presentation of the data. “We see the highest response rates with nivolumab alone in patients with ccrcc4 tumors, with durable responses.”

To enroll in the trial, patients had to have metastatic RCC with clear cell histology, though patients with translocation carcinoma were allowed to enroll. Additionally, patients had to be previously untreated in the metastatic setting, have an ECOG performance status of 2 or less, and have frozen tumor tissue available for testing.

A quantitative reverse transcription PCR with a 35-gene signature was performed on frozen tissue samples to classify patients into the 4 molecular groups. Following classification, patients were randomized to their respective treatments.

Between June 2017 and July 2019, 15 centers in France screened 308 patients for potential enrollment on the study. In total, 106 patients were excluded from the trial due to not meeting inclusion criteria (n = 43), not having available frozen tissue and/or insufficient quality of specimen (n = 57), declining to participate (n = 4), or patient death during screening (n = 2).

In the target cohort, baseline characteristics were similar between all randomized patients. Common sites of metastases included the lung, lymph node, bone, liver and brain. Additionally, the majority of patients (>50%) had intermediate or poor–risk disease by International Metastatic RCC Database criteria.

At a median follow-up of 16 months, the median progression-free survival (PFS) in Group 1 was 8.0 months with the combination of nivolumab and ipilimumab versus 4.6 months with nivolumab alone. In Group 4, the median PFS was 12.2 months versus 7.8 months, respectively.

The median PFS in group 2 was not reached in the TKI arm compared with 10.4 months with nivolumab plus ipilimumab. In Group 3, the Kaplan-Meier curve was not shown due to the limited number of patients enrolled in the cohort.

At the median follow-up time, 16% of overall survival (OS) events were observed, which translated to immature OS findings.

No statistical tests were performed due to the noncomparative design of the BIONIKK trial.

“The main findings are that the vast majority of patients responded at the first CT scan,” said Vano, referencing a swimmer plot that was presented with the data. “This is particularly the case for [treatment with] nivolumab [alone] in group 4. In Group 2, around 30% of patients responded very late—after 10 months—which is very uncommon with TKIs.”

Though early, a transcriptomic analysis of immune cells distribution showed that tumors in Group 4 have the highest level of infiltration by immune cells, particularly cytotoxic lymphocytes. 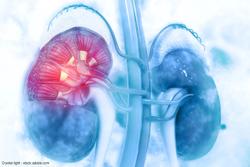