Getting good results with the minimally invasive TVT SECUR vaginal sling for stress urinary incontinence may be a matter of technique.

Fabio Baracat, MD, assistant professor of urology at the University of São Paulo, Brazil, reported on results from a series of 20 women with stress urinary incontinence who underwent a procedure with the new minimally invasive sling.

The 20 consecutive patients were 42 to 74 years old (mean age, 59 years) and had a mean parity of 2.75. Eleven patients (55%) had undergone previous vaginal surgery for pelvic organ prolapse, and three (15%) had had previous continence surgery. Slings in all patients were fixed in the hammock position.

Incontinence was considered cured if urodynamics demonstrated no leakage at 3 months and improved if leakage occurred at higher abdominal pressures. The procedure was considered to have failed if there was no change from baseline in leakage.

Despite smooth sailing during surgery, which can be performed under local anesthesia, incontinence was cured in only eight patients (40%), improved in four (20%), and unchanged in eight (40%) 3 months later. Initial Valsalva leak point pressures ([VLPP], range, 38 to 115 cm H2O; median, 76.3±22.2 cm H2O) changed little in women whose incontinence was cured, improved, or remained the same: At 3 months, VLPP was 86.3±32.5 cm H2O (p=.312). Other urodynamic parameters remained unaltered.

"The 3-month results were rather low, compared with other midurethral procedures for stress urinary incontinence," Dr. Baracat noted. "After these initial 20 cases, our series were discontinued due to the unfavorable immediate results."

"I think in a lot of the selection process going to publication and at meetings, we tend to select against negative reports, so thank you for bringing your experience," said session chair Raymond Rackley, MD, of Cleveland Clinic's Center for Pelvic Health and Reconstructive Surgery.

When Dr. Rackley asked audience members to contribute their experience, some had different experience to report.

Brian J. Flynn, MD, director of urogynecology and reconstructive urology at the University of Colorado at Denver, who noted that he is an Ethicon supporter, said he had used the retropubic as well as transobturator transvaginal tape procedures and the new TVT SECUR. He explained that each tape has to be tensioned slightly differently.

"Although the TVT SECUR looks the easiest, fastest, and simplest, I have found personally that it needs to be tensioned differently than retropubic or transobturator tapes," Dr. Flynn said. "You can't tension it the same way you would tension the first-generation tapes."

After his first 20 procedures, when he wasn't getting the same results he was able to achieve with first or second-generation tapes, he said, "I started tensioning it differently."

In addition, Dr. Flynn started placing the TVT SECUR in the "U" position instead of the hammock position. He acknowledged that it's tempting to use the hammock position since the obturator membrane has a greater pull-out force than the endopelvic fascia in cadaver studies. However, patients with intrinsic sphincter deficiency need the retropubic support that the U position provides.

He called attention to a poster presentation on TVT SECUR from Université de Sherbrooke in Quebec, where the investigators had poor initial results in 36 patients. In their last 12 patients, they switched to a technique called the "U-method," which appears to support the urethra better. They also noted that the tape needs to be tensioned tighter than for other midurethral slings.

"The tape needs to make contact with the urethra to the point you see slight pillowing of the periurethral tissue through the pores in the mesh," Dr. Flynn said.

Dr. Flynn says he restricts patients' activity for 4 weeks after the TVT SECUR procedure, as there is only a 1-cm pledget on each side of the hammock that can attach to the fascia. The first and second-generation tapes are 20 cm in length compared with the 8-cm mini-sling, so the chances of the tape becoming loose in the first few weeks postop are probably less.

"They feel so good, they go home the same day and back to work the next day, and want to go back to exercising," Dr. Flynn said.

The technique does need to be refined, and long-term follow-up is needed, the Canadian team advised. 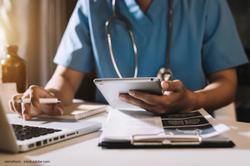 Evaluating the feasibility of telemedicine in a post-pandemic world 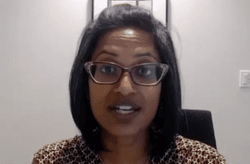 Investigators assess the satisfaction of telehealth visits in FPMRS patients