New research suggests that urologists can use the Decipher genetic test (GenomeDx Biosciences) to improve predictions of death risk from prostate cancer at10 years after prostatectomy.

Baltimore-New research suggests that urologists can use the Decipher genetic test (GenomeDx Biosciences) to improve predictions of death risk from prostate cancer at 10 years after prostatectomy.

More on prostate cancer: Are you seeing more advanced prostate Ca in your practice?

Dr. TrockThe study is the largest to date "to validate Decipher among men with intermediate and high risk of disease progression and showed it was a strong predictor of risk of dying from prostate cancer, even after taking established clinical and pathology prognostic variables into account," said co-author Bruce J. Trock, PhD, director of the division of epidemiology at Brady Urological Institute and professor of urology, epidemiology, oncology, and environmental health sciences at Johns Hopkins School of Medicine, Baltimore.

“Even among men with very high risk of death-ie, those who rapidly developed biochemical recurrence or metastases-Decipher was able to stratify men into higher and lower risk subgroups,” Dr. Trock added.

At issue: Is there a better way for urologists to estimate the risk of stages of prostate cancer progression after prostatectomy?

“Estimates are based primarily on risk groupings or nomograms that incorporate clinical and pathology variables. The time from surgery to recurrence is also sometimes considered. At metastasis, the location and number of metastases, pain, and response to hormonal therapy or chemotherapy are considered,” Dr. Trock told Urology Times.

Genetic classifiers are available, he said, but their usage is fairly low.

Enter the Decipher test, which “measures the values of 22 genes in a patient’s tumor, and combines their values into an equation that results in a score ranging from 0 to 1. It was first developed by comparing the values of thousands of genes among men who developed metastatic disease after surgery versus men who did not develop metastases. Initially developed in several hundred patients from Mayo Clinic, it has now been validated in patients from many other institutions,” Dr. Trock said.

The primary outcome was prostate cancer-specific mortality within 10 years of prostatectomy (PCSM10); 110 men fell into that category. Patients who died of prostate cancer after 10 years were censored, and patients with less than 10 years’ follow-up were excluded.

Recommended - The return of prostate cancer: A step backward

The findings show that the test “is most useful to help in the decision to offer additional treatment after surgery. Despite the fact that all men in the study were considered by standard criteria to be at relatively high risk of disease progression, the combination of Decipher plus clinical variables was able to identify men with a 10-year risk of death as low as 11% and as high as 56%. Even after accounting for clinical variables, men with high values of Decipher were at 2- to 4-fold higher risk of death than men with low-to-intermediate values of Decipher,” Dr. Trock said.

“It’s also important to note that Decipher is based on genetic information in the primary tumor at the time of surgery,” he said. “Men undergo a number of biological changes associated with treatment after surgery, recurrence, and metastasis. Yet the biology of the primary tumor contains information that will predict future biological processes associated with disease progression. Decipher captures this biology.”

If physicians want to order the test for prostatectomy patients, Dr. Trock said it costs about $5,000 and is covered by Medicare and some insurance carriers; the manufacturer has an assistance program for patients in need. The test requires a sample of the patient’s tumor from the prostatectomy.

Dr. Trock cautioned that it’s not known whether Decipher can improve treatment decisions in men with very low or low risk of disease progression. As a result, he said, it’s unclear whether it could be a tool to detect whether patients are suitable for active surveillance. 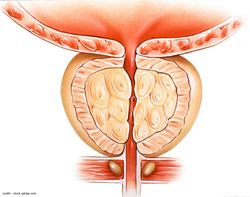 Dr. Abida on next steps with PARP inhibitors in prostate cancer

When is the right time for genetic testing in prostate cancer?