Unintentional injuries are generally preventable and fall into two categories: nonfatal or fatal (www.hhs.gov). Men are about twice as likely as women to die from an unintentional injury, with the most common causes of fatal injuries being overdose, motor vehicle accidents (MVA), and falls. By contrast, the most common causes of nonfatal injuries are falls, inadvertent strike, and overexertion. We review the rates and trends of unintentional injury in men and provide simple recommendations for urologists-many of whom see a disproportionate number of male patients-to implement in their practice.

Yearly, an estimated 11 million men are treated in the emergency department for nonfatal unintentional injuries. The rate of nonfatal injury in adult men remained steady at between 9% and 10% from 2001 to 2015. Younger men had the most drastic decreases in nonfatal injuries, while men above the age of 45 experienced an increase in nonfatal injury rates, due to a number of causes including falls. This represents a large area for urologists to make an impact, as elderly patients are commonly seen for conditions such as nocturia, which is a risk factor for falls.
By comparison, increases in drug-related deaths resulted in an increase in the rate of fatal injury in adult men nearly every year from 2009 to 2016, when 98,462 men died secondary to unintentional injury. The rate of fatal unintentional injuries in men from 2001 to 2016 increased.

Men are more likely than women to use nearly every illicit drug and, as such, screening is vital (www.hhs.gov). Moreover, overdose is the number one cause of unintentional home death in almost every male age group (www.cdc.gov). Overdose deaths were most likely to be caused by opioids, heroin, and cocaine (www.cdc.gov). Rates of death were highest in Caucasians, followed by Native Americans and African-Americans (www.cdc.gov).

The rate of annual fatal MVAs in men decreased between 1999 and 2016, and the number of nonfatal MVAs decreased in roughly the same time period. The number of nonfatal injuries from MVAs suffered by African-Americans dropped by half from 2001 to 2015, while Caucasian and Hispanic populations experienced more modest decreases in this time period. These findings have paralleled a dramatic decrease in the rate of driving under the influence (DUI) in males over the past 30 years, as defined by self-reported DUI, DUI-related arrests, and DUI-related fatalities (Addict Behav 2018; 84:7-12). Despite this decrease, men accounted for 80% of all DUI episodes in 2012. Specifically, men between the age of 21 and 35 years accounted for 32% of all DUI episodes, though they represented only 11% of the population (www.cdc.gov).

Nonfatal unintentional injuries from firearms remained at about 0.011% of the adult male population between 2001 and 2015, rising from 11,252 injuries to 13,335 injuries. The highest rates of injury in this duration were experienced by the 20- to 24-year-old age group followed by the 25- to 29-year-old age group. Fatal unintentional injuries from firearms decreased steadily during this time (www.cdc.gov).

Why men are at higher risk

Why are men at higher risk for unintentional injuries? There are several proposed theories, one of which is that there are societal gender norms that promote risk-taking behavior in men. This may stem from the idea that maleness is often defined by strength and independence. These gender expectations have been found in children as young as 10 years old. Such gender socialization has historically been a factor behind the propensity of males to engage in high-risk behaviors, including drunk driving, drug use, and dangerous physical activities (J Adolesc Health 2017; 61:S12-8).
In addition to the gender socialization that takes root in adolescent males, men disproportionately occupy jobs in higher risk industries. These industries include construction, fishing, military, public safety, and mining. In two occupations-firefighting and mining-heroism and fearlessness in the face of dangerous work are ingrained in the workplace culture (Emotion, Space and Society 2008; 1:127-34), which serves to both reinforce gender socialization and also enable men to fulfill a classic male archetype of the financial provider (Labor 2006; 3:77-93).

In the context of this societal understanding and cultivation of gender, it is not surprising then that men in some of these high-risk occupations have come to normalize withstanding physical strain and pain as a necessary, if not rewarded, characteristic aspect of the job (Nordic Journal of Working Life Studies 2013; 3:3). These factors create an environment conducive to unintentional occupational injury in men by habituating workers to dangerous work and physical strain.

While gender socialization and norms may serve to heighten high-risk environments, substance use has played a significant role in the increased incidence of fatalities. Compared to women, men have increased dopaminergic stimulation in response to substances similar to alcohol, which is involved in the reward mechanism (Biol Psychiatry 2010; 68:689-96).

There also exists an intersection between masculine norms and alcoholism. Masculine norms such as risk taking have been shown to increase the likelihood of alcohol-related problems (Addict Behav 2011; 36:906-11). More research is needed to further elucidate the role of gender in substance use disorder, specifically in regard to opioids.

What can be done to reduce unintentional injury? First, screening for alcohol and drug use can help identify high-risk patients and promote counseling on the harms of substance abuse. While obtaining a social history, high-risk professions can be identified, and patients can be reminded to use appropriate safety devices and follow workplace safety regulations. This can include wearing appropriate protective gear and exercising caution when operating heavy machinery. Patients should be encouraged to recognize and report unsafe and hazardous working conditions.
Urology visits provide a rare context in which this societally and occupationally reinforced gender environment may be relaxed. Men frequently overcome many of these barriers in the name of their health to discuss personal and often sensitive topics with their urologists. This offers a unique opportunity for intervention and engagement on these issues, which may have significant outcomes for reducing morbidity and mortality in this population.

Since urology practices tend to have a high proportion of elderly patients, these patients should be screened for fall risk and educated in fall prevention. Patients who suffer from conditions that lead to falls such as overactive bladder and nocturia can be screened and reminded to secure their home to reduce fall risk. This can include a few questions about proper lighting, uneven surfaces, and loose rugs on the floor. Health care providers can also provide pamphlets from the CDC’s National Center for Injury Prevention and Control to reduce injury (www.cdc.gov/steadi/patient.html).

is professor of urology at the Icahn School of Medicine at Mount Sinai and director benign urologic diseases, Mount Sinai Health System, New York. Follow him on Twitter at @MaleHealthDoc. 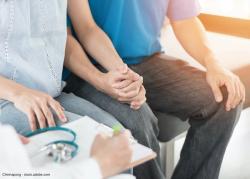 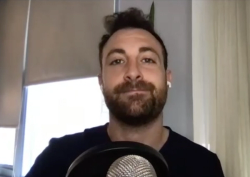