The pharmacokinetic drug GEMTESA, developed by Urovant Sciences, was given to adult patients as a single 75-mg dose in a phase 1 study.

Vibegron (Gemtesa) has been shown to be a viable treatment for overactive bladder (OAB) even when the tablet is crushed and mixed with applesauce. The findings of a recent study suggest that the tablet can be crushed to aid those who have difficulty swallowing receive treatment for OAB.1

“The fact that Gemtesa can be crushed and given with applesauce suggests potential for use in older patients, particularly those in the long-term care setting, given the prevalence of both OAB and swallowing difficulties increase with age. This aligns with Urovant’s goal of developing and commercializing OAB treatment options tailored to meet different administration needs,” said Urovant Sciences Chief Medical Officer Sef Kurstjens, MD, PhD, in a news release on the findings.2

In the phase 1 study, vibegron was given in a single 75-mg dose to participants as an intact tablet or a crushed tablet mixed with 1 tablespoon of applesauce. Participants included healthy adults aged 18 to 50 years. In total, there were 30 participants, and 29 had sufficient plasma samples to undergo pharmacokinetic (PK) analysis. Each was randomly assigned to 1 of 2 sequences: intact tablet in the first period and crushed in the second, or crushed in the first period and intact in the second. There were 13 days in-between periods.

Primary end points assessed included single-dose PK parameters of maximum observed plasma concentration (Cmax), area under the plasma concentration–time curve (AUC) from time 0 to the last measurable concentration (AUC0-t), and AUC from time 0 to infinity (AUC0‒∞). The use of the crushed tablet showed decreases in Cmax and AUC0‒∞ by ≈30% and ≈10%, respectively, but these decreases were not found to be clinically meaningful because of phase 2 study results that showed continued efficacy at these lower levels.

Safety and tolerability measures included adverse events (AEs) and clinical laboratory and vital sign assessments. Treatment-emergent AEs (TEAEs) occurred in 9 (30%) patients, and the most common TEAE was headache, which was found in 4 (13.3%) participants. The crushed tablet was also found to be stable for 4 hours at ambient conditions.

These results show that administering vibegron crushed and mixed with applesauce has no clinically meaningful change to PK parameters or stability as compared with intact tablets.

The authors wrote, “the lack of apparent clinically meaningful differences with vibegron upon crushing and administration is particularly important because few oral pharmacotherapies for OAB retain their essential properties when crushed.”

According to the authors, these findings may improve long-term treatment compliance for patients with OAB, because they indicate that administering a vibegron tablet crushed and mixed with applesauce may be a safe and viable consideration for patients who also have difficulty swallowing. Vibegron is currently approved by the FDA for adults in the treatment of OAB symptoms. 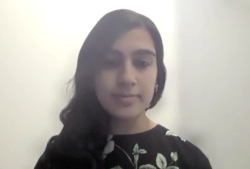 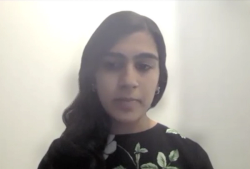