"The decision to offer postprostatectomy radiation is complex, because conventional imaging can leave unanswered questions on the best approach for treatment planning," study coleader Ashesh B. Jani, MD, a radiation oncologist and prostate cancer specialist at Winship Cancer Institute of Emory University, stated in a press release.

"This research has found that integrating advanced PET imaging using fluciclovine allows us to do a better job of selecting patients for radiation therapy, guiding radiation decisions and planning, and ultimately, keeping our patients’ cancer under control," added Jani.

Overall, the open-label study (NCT 01666808), included 165 patients with adenocarcinoma of the prostate who had cancer recurrence following prostatectomy. Patients had a detectable PSA, a negative bone scan, and CT or MRI of their abdomen/pelvis showing no evidence of extra-pelvic metastases.

At the time of the data analysis, the median overall survival had not yet been reached in either study arm.

"The question that we wanted to answer in this study was whether the treatment plan informed by fluciclovine PET imaging had a positive effect in the lives of patients," study coleader David M. Schuster, MD, a nuclear radiology specialist at Winship, stated in the press release. "The significant results of the EMPIRE-1 trial confirm that it does."

The investigators observed similar safety profiles in both study arms. The most common adverse events across the study population were late urinary frequency/urgency and acute diarrhea.

Jani and Schuster are now leading the NIH-funded EMPIRE-2 trial (NCT03762759), which is comparing 18F-fluciclovine-PET/CT with Ga 68 PSMA PET/CT to guide treatment and improve outcomes of postprostatectomy radiotherapy. The open-label trial has a targeted enrollment of 140 patients and the primary outcome measure is disease-free survival. The estimated primary completion date of the trial is December 31, 2025. 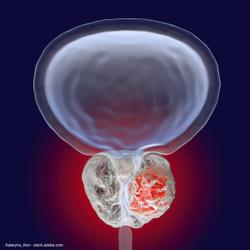 How LuPSMA is changing the prostate cancer space