The addition of pembrolizumab has the potential to improve upon standard care with abiraterone acetate plus prednisone in men with metastatic castration-resistant prostate cancer.

The addition of the PD-1 inhibitor pembrolizumab (Keytruda) to standard abiraterone acetate (Zytiga) and prednisone continued to show promising antitumor activity with acceptable safety in chemotherapy-naïve metastatic castration-resistant prostate cancer (mCRPC), according to 2-year follow-up data from the multicohort phase 1b/2 KEYNOTE-365 trial shared during the 2022 ESMO Annual Congress.1

At a median follow-up of 28.2 months (range, 20.2-37.6), the objective response rate was 16.2% among patients with RECIST-measurable disease. The ORRs comprised 1 complete response and 5 partial responses. Across the overall population, 56.3% of patients had a confirmed PSA response and 78.6% achieved a PSA reduction from baseline—either confirmed or unconfirmed.

The ongoing open-label, nonrandomized KEYNOTE-365 trial is exploring various combinations of pembrolizumab with other therapies in men with mCRPC. The pembrolizumab plus abiraterone/prednisone arm is cohort D of the study. Cohort D included 103 chemotherapy-naïve men with mCRPC who had an ECOG performance status of 0 or 1 and disease progression within 6 months of screening.

The FDA approved abiraterone plus prednisone in 2012 for the treatment of patients with mCRPC who had not received prior chemotherapy. Pembrolizumab does not currently have a specific FDA-approved indication for prostate cancer; however, the PD-1 inhibitor does have a tumor-agnostic approval for patients with microsatellite instability high or mismatch repair deficient solid tumors. 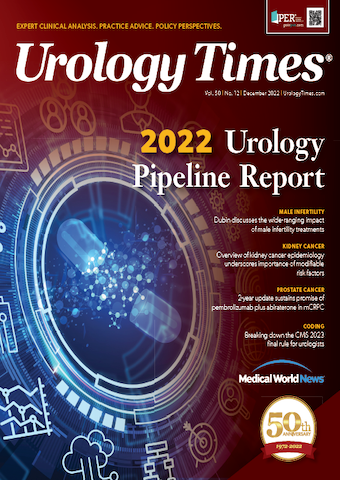