Ablation of the trigone shows efficacy, safety for OAB

“There is apparent promise here. There appears to be stability of results in those patients followed up over time,” says researcher Roger Dmochowski, MD.

Radiofrequency (RF) selective ablation of the trigone may be a promising approach for treating overactive bladder (OAB) patients with urgency urinary incontinence (UUI).

Researchers in a collaborative group reported that contiguous ablations across the trigone leads to effacement of nerves into the paravaginal space and appears to provide a therapeutic response while maintaining patient safety. The findings were presented at the AUA annual meeting in San Francisco.

“The majority of the procedures, three-quarters, were done essentially under sedation anesthesia and there were some patients who did require general anesthesia,” said study investigator Roger Dmochowski, MD, professor of urologic surgery at Vanderbilt University Medical Center, Nashville, TN. “The number of ablations ranged from three to six in both groups.”

Dr. Dmochowski and his colleagues compared the efficacy and safety of two different ablation modalities and determined the duration of action with an investigational new treatment for OAB using the Silensa system. It is manufactured by Amphora Medical, Inc. in Minneapolis, MN and it uses RF energy to selectively ablate the nerve-rich layers of the deep detrusor and adventitial space beneath the trigone.

Dr. Dmochowski said this selective bladder denervation targets nerves which contribute to OAB symptoms (urgency and UUI) while sparing the bladder urothelium, vaginal mucosa, and surrounding pelvic viscera. The multicenter study was conducted in Canada and Belgium and it included 63 female patients with OAB who had previously failed oral therapy. Dr. Dmochowski said all the women received selective bladder denervation under cystoscopic guidance in a single procedure. In Group A, 34 women (mean age, 67 years) received smaller ablations increased under a voltage control algorithm for 10 seconds. In Group B, 29 women (mean age, 66 years) had much more severe OAB and these patients received deeper ablations under a temperature control algorithm for 60 seconds.

Dr. Dmochowski said for this study, assessments were conducted with a 3-day bladder diary and Treatment Benefit Scale at baseline, 4, 12, and 26 weeks following treatment. Effacement of the nerves, including C-Fiber nerves, followed by collagen deposition is designed to cause local neural changes. Subsequently, the authors theorize that this approach will alter idiopathic detrusor overactivity.

Mean demographics of both cohorts included 12.7 voids/day, 8.1 urgency episodes/day, 35.7 Total Urgency and Frequency Score, and 3.6 UUI/day. For this analysis, 58 of the 63 women (92%) completed a 3-day bladder diary and a Treatment Benefit Scale.

Next:No long-term adverse events reported“There is apparent promise here,” said Dr. Dmochowski. “There appears to be stability of results in those patients followed up over time.” He said temperature-controlled 60-second ablations were found to be more effective on urgency and UUI without additional adverse events. The effects of a single ablation appeared to last for up to 12 months. There was no evidence of chronic retention of urine, and no long-term adverse events were reported.

At 6 months, the authors found that Group A fared much better than Group B, although there was not a significant decrease in urinary frequency episodes in either group. Group A had much more significant reductions than Group B in the number of urge incontinent episodes per day and there was a statistically significant difference between the two groups.

Dr. Dmochowski said continued follow-up on this population and additional studies are planned. He cautioned that this only is a proof-of-concept trial and it was uncontrolled. He said the findings are promising but must be viewed as preliminary. 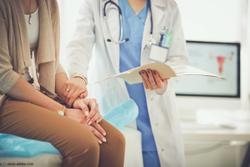