Urologists plan on complying with new rules, but some see it as 'overkill.'

Originally scheduled to take effect in November 2008, implementation of the Red Flags Rule was deferred to May 1, 2009, then Aug. 1 before the current Nov. 1 deadline was set.

Dr. Shore, who is in group practice in Myrtle Beach, SC, did some checking.

"My CEO wasn't aware of the new date, but we will make all the appropriate changes. They will be in place by August," he said, unaware that a few days later, the deadline would change again.

But as Dr. Shore's practice moves toward compliance with the regulations, Nathan H. Fischman, MD, who is in private practice in New Orleans, asserts that the Red Flags Rule may not be necessary in some cases.

"It hardly seems to apply to my practice," he told Urology Times. "My office manager has been here 28 years-2 years longer than I have. My other full-time person has been here about 25 years. We have a rapport with our patients. We're the only ones who can access files, so I think the rules are a bit of overkill for us. But I guess we don't have a choice but to comply, or I'll have some bureaucrat coming in and fining me."

"They put us in compliance with the regulations, but it doesn't change the fact that the burden of federal, state, and local regulations grows like a cancer. We don't like cancer, but we treat it with due diligence," he said.

"We planned for it because we have to keep our door open."

Staying ahead of the deadline

"We just became computerized and installed our electronic medical record system. We were going through all of these other big changes in the office, so we just included the implementation of the Red Flags Rule," she explained.

"As far as it being an aggravation, everything can be considered a hassle, so I just don't worry about that part of it. It has to be done, so we do it."

"We started the program almost immediately. The office manger let us know what was coming down the pike and the reasons everyone had to do it, so we just put the program together," he said.

"I don't like waiting until the last minute to do things. The problem is, if you wait until the last minute, you may not have all your ducks ain a row. It's easier to get out in front and plan on going online at least a few weeks before it's required. That way, you know if you're going to have a logjam that will affect patient throughput or if there are issues where we will have difficulty complying. If we have problems, we can get answers before the deadline."

Costs of compliance a concern

As with any change in procedure, issues of cost and time are associated with the Red Flags Rule.

Dr. Dunn, who has been in practice for 23 years, expressed concern about the cost of complying with the new regulations.

"It's part of doing business, but unlike the other businesses that are required to do this, we can't raise our prices; they're determined by the federal government," he said.

"The kit we used didn't cost much, but there are ongoing costs. Those come in the face time somebody on my staff has to spend with everybody who is paying by credit card. Training is involved, and that takes the administrator's time and the receptionist's time. Also, everybody has to be given a copy of our procedures, and that costs a nickel a sheet.

"So we just added a nickel cost to every single patient," added Dr. Fischman, whose group has 70,000 patients. "It's another straw on the camel's back."

Dr. Fischman, a clinical assistant professor at Tulane University, points out that sometimes sweeping rules can create more problems than they solve.

"A little guy like me is trying to do a good job, trying to provide good medical care, and patients look at us as friends," he said. "We've written off bills when we know patients can't pay, and I'll get a phone call when a spouse dies. We're considered friends of the family. We know who's writing checks or using credit cards. Yet as small as my staff is, we have to stop and find out what we need to do or I'm the one who can get squeezed for doing something wrong."

Several of the urologists who were interviewed said that physicians' offices are unlikely sources of identity theft.

"No one in our group of 14 is aware of a patient ever trying to falsify an identity here," Dr. Shore pointed out.

"I think stolen identities would be much less of a problem in doctors' offices," he said. "Honestly, we make a huge effort to know who we're treating and what we're treating them for-much more so than customers in a grocery store. Not too many people come in for a cysto just for the fun of it, using fake IDs."

Karen Nash is a medical reporter and media consultant based in Sioux Falls, SD. 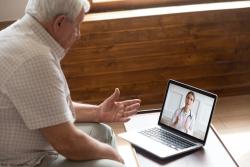 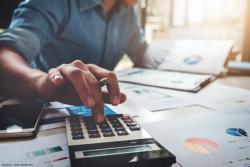