Findings from a recent study also suggest that obesity may be a factor to consider for men with prostate cancer deciding between active surveillance and definitive treatment.

Body mass index (BMI) is an independent predictor of metastasis and prostate cancer mortality after radical prostatectomy, according to results from a large, long-term single-institution study.

Findings from the research also suggest that obesity may be a factor to consider for men with prostate cancer deciding between active surveillance and definitive treatment.

Conducted using data from the Mayo Clinic’s prospectively maintained radical prostatectomy registry, the study included 18,039 men with non-metastatic disease who underwent radical prostatectomy in the years 1987 to 2013 and who had information on BMI and received no treatment prior to surgery. Median follow-up after surgery was 9.3 years.

Findings from Kaplan-Meier analysis showed rates of metastasis and prostate cancer mortality were higher in men with BMI 30-34.9 kg/m2 and ≥35 kg/m2 compared with the normal BMI group. The associations between BMI and these outcomes were confirmed on multivariable Cox regression analysis controlling for potential confounding factors. Compared with the reference group, the odds of metastasis and prostate cancer mortality were each increased about 1.3-fold in men with a BMI 30-34.9 kg/m2, and they were increased 1.4- and 1.6-fold, respectively, in the men whose BMI was >35 kg/m2.

“An effect of obesity on risk of recurrence after radical prostatectomy has been debated because of conflicting data. Compared with previous investigations, however, our study had greater power to parse out potential associations because it included a much larger cohort of obese men and had longer follow-up,” said Vidit Sharma, MD, of Mayo Clinic, Rochester, MN, who worked on the study with principal investigator R. Jeffrey Karnes, MD, and colleagues.

“Our findings are also consistent with those of a recent meta-analysis including patients undergoing various forms of treatment for prostate cancer that reported associations between obesity and both more aggressive disease and prostate cancer-specific mortality (Oncol Lett 2015; 9:1307-12),” he told Urology Times.

“These findings point to the difficulty of performing a digital rectal exam and of performing surgery in men who are obese. In addition, it is possible that prostate cancer is being detected at a later stage in obese men, perhaps because they have a larger blood volume that results in hemodilution of circulating PSA,” said Dr. Sharma.

“We do not believe that the higher positive margin rate in the obese cohorts explains their increased odds of metastasis and prostate cancer mortality because we adjusted for positive margins in our multivariate model. We are exploring the hypothesis that the associations may be driven by some biological effect.”

Dr. Sharma noted that another retrospective study is being planned to investigate if weight loss can abrogate the adverse effect of obesity on prostate cancer recurrence. The study will compare outcomes for obese prostate cancer patients who have undergone bariatric surgery to those who have not. 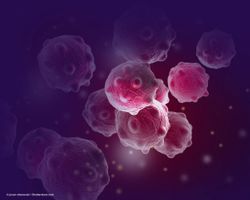