The use of bone-protecting agents (BPAs) during treatment with radium-223 (Xofigo) plus enzalutamide (Xtandi) controls the risk for fractures in men with asymptomatic or mildly symptomatic metastatic castration-resistant prostate cancer (mCRPC), according to an updated safety analysis presented at the 2021 American Society of Clinical Oncology (ASCO) Annual Meeting.1

“This safety analysis confirms the importance to give a bone-protecting agent when treating patients with CRPC and bone metastases,” Silke Gillessen, MD, Oncology Institute of Southern Switzerland, said during a presentation of the safety analysis.

The study population included patients with bone-predominant mCRPC (≥2 bone metastases); asymptomatic or mildly asymptomatic disease; a WHO performance score of 0 or 1; no prior treatment with cyp17 inhibitors, enzalutamide, other radionucleotides, or hemibody radiotherapy; and no known brain or visceral metastases.

Following results of fractures occurring in the ERA223 trial (NCT02043678),2 the investigators of the EORTC-1333-GUCG/PEACE-3 trial decided to send out an urgent safety letter. “In this, it was made mandatory to use a bone-protecting agent in all patients for at least 6 weeks before starting radium-223. In April 2018, an IDMC analysis was done, and the recommendation was to continue the trial, but to use a bone-protecting agent in all patients from both arms,” explained Gillessen. “The IDMC is regularly monitoring the trial, and after the review in December last year, recommended to present the updated numbers regarding bone fractures to the scientific community.”

In her presentation at the 2021 ASCO Annual Meeting, Gillessen offered updated results of the safety analysis from the trial, highlighting the impact of BPAs on fracture rates.

As of the April 2021 cut-off, of the 267 patients randomized to both treatment arms, 74 in each were given BPAs.

Before administering the safety letter, 45.2% of patients had not received a BPA, compared with just 3% who had not after the letter was sent out.

“According to our study, we will continue and want to motivate all investigators to include [bone-protecting agents in the treatment of] patients. And hopefully, we can still report efficacy results as well. Importantly, the IDMC will also continue to closely monitor the study,” Gillessen said.

Radium-223 is an alpha-emitting radiopharmaceutical that has demonstrated an overall survival benefit in men with mCRPC, with the hypothesis that combining it with a novel androgen receptor (AR) pathway inhibitor could improve clinical outcomes.

BPAs were only permitted in the trial if a patient was receiving them at baseline. Initiation of such agents during the study was prohibited to prevent confounding effects. Therefore, only 60% of patients had not received a BPA at study entry.

In a posthoc analysis of the trial, BPAs significantly reduced the rate of fractures in both treatment arms.

“To better understand the nature of these fractures, an independent review of the fracture events was performed. Interestingly, the maturity of fractures in both groups occurred at sites with no detectable metastasis and were considered osteoporotic or traumatic,” Gillessen explained.

“Treatment with [androgen-deprivation therapy (ADT)] can induce bone loss. And we know that bone-protecting agents can be used in this bone loss and also in osteoporotic fractures in men treated with ADT,” Gillessen said. “Bone protecting agents can also delay the time to a first skeletal-related event [SRE] in men with castration-resistant prostate cancer and bone metastasis.”

Skeletal complications may be common in patients with advanced prostate cancer and result in 2 distinct mechanisms, she added: frailty, or osteoporotic fractures are reported in 11% of patients and SREs occur in up to 40% of those treated with ADT and an AR pathway inhibitor. 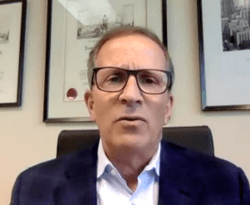 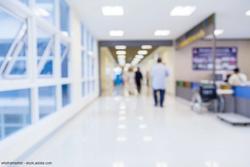 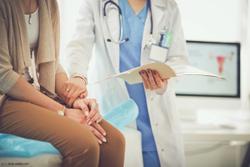