Although the field of sexual medicine continues to bridge the gender gap, women in this subspecialty are still encountering challenges to gaining the visibility and respect they deserve in parallel with their male colleagues. This is a phenomenon that not only applies to practitioners, but also affects the urologic patients who are receiving their care.

Akanksha Mehta, MD, MS, associate professor of urology and director of the urology residency training program at Emory University School of Medicine in Atlanta, Georgia, presented the lecture “Challenges Facing Women in Sexual Medicine” during the 2021 Sexual Medicine Society of North America (SMSNA) Annual Meeting, in which she highlighted many of the gender-

related issues in the field.1

“There are very few women in urology, and then even fewer in sexual medicine.…Finding mentors and role models [who] already exist in the field is a little bit harder for the residents seeking to have fellowship training in this arena and then to even start practice in this arena,”

“Unfortunately, there’s also this problem with patients being inappropriate toward women physicians. I think all of us who have trained in this field in urology in general, but particularly sexual medicine, [know that] misogynistic and sexist comments are pretty common,” Mehta said.

“Female urologists have lower salaries,” added Mary K. Samplaski, MD, assistant professor of urology and director of male infertility, andrology, and microsurgery at the Institute of Urology at University of Southern California, Los Angeles. “[They] are more likely to pursue fellowships in female pelvic medicine or [pediatrics], they are less likely to be represented in academic urology journals, and when they are represented, it’s more likely to be in administrative roles and lesser editorial roles. They’re [also] less likely to be promoted to full professor status. And so…it perpetuates this culture of urology being a boy’s club.”

“One of my husband’s family members who was a little bit older [and] a physician was flummoxed when he learned that I was a urologist,” Samplaski continued. “A female urologist did not happen in his era.”

In addition to the systemic challenges that women in sexual medicine face, there are also challenges pertaining to bias and perception. Male patients often apply their societal biases and personal insecurities toward female urologists, which affects their willingness to receive care.

“Sometimes we are faced with this situation where patients may think, ‘Gosh, I’m seeing a female physician for this particular issue. Are they going to understand what it is that I’m really going through?’” Mehta said.

Other common preconceptions involve patients “[thinking of] the female clinician as being more [of] a motherly figure…[in which] the expectations for sitting and listening are higher, even though we have the same time constraints as our male colleagues,” said Ashley G. Winter, MD, urologist at Kaiser Permanente, Oakland, California.

In cases of infertility, “there may be this worry on behalf of the men that as a female physician I’m going to be on the side of the female partner,” Samplaski said.

How women are moving the field of sexual medicine forward

Given the wide range of challenges that exist for women clinicians in sexual medicine, there is no clear solution.

“Here [we] are with the knowledge base and the skill set to do just as much as [our] male counterparts,” said Denise Asafu-Adjei, MD, MPH, urologist and medical director of male reproductive medicine at Loyola University in Chicago, Illinois. “But I think it’s a hard line to navigate because you do want to respect people’s comfort levels, and certainly their belief systems.”

Today, more female urologists are breaking barriers to diversify the field and the care they provide. It’s important to acknowledge the unique set of skills that women providers have and use them to an advantage.

“It’s hard to change [a patient’s] conception until they go in,” Winter said, “but once they’re there, I don’t really think there’s a barrier. And I say that because patients will be comfortable with something if their clinician is comfortable with it.”

Looking at how female urologists have sparked innovation in the space, Mehta noted, “I think the approach to sexual medicine has changed very much as more women have entered the field. We’ve been more inclusive, for example, not focusing just on male sexual function, but also female sexual function and the function of that coupled together. We’ve also become more inclusive in terms of who we are treating….These types of conversations just didn’t come up before.”

“My hope is that I gain more of a reputation, [through] all those patients who said, ‘Oh my God, I wouldn’t have wanted to talk to a woman about this, but she was awesome,’” said Winter. “As that reputation grows, that really serves within our community to change that narrative of who can be the person caring for these issues.”

Another helpful tool for women physicians is education—learning about resources such as the SMSNA, Society for Women in Urology, and International Society for the Study of Women’s Sexual Health, and then educating colleagues and patients on appropriate behaviors, laws, and other principles that support women in sexual medicine and reinforce the most efficient care for urologic patients.

For some, education includes learning about the way that gender is perceived. Amy M. Pearlman, MD, clinical assistant professor of urology and director of the men’s health program at University of Iowa Health Care in Iowa City, said, “[Men] don’t have it easier. In some ways they do—maybe in the workplace they have it easier sometimes—but they have the same insecurities we have, they have the same body confidence issues that we have, they want to succeed in the workplace, and they’re comparing themselves to other people, too. They’re anxious, they’re stressed, they’re depressed, they’re overweight. We are all the same…[Although] gender is really important, it’s also very unimportant.”

For others who pursue educating their colleagues, that means relaying a clear message: “If you are a man [organizing a conference,] if you have the choice of selecting speakers and panelists, [think about] about more women who can help with that.…Those kinds of allyship behaviors are what really moves the needle,” Asafu-Adjei said.

Regardless of the individual experiences that women practitioners face in sexual medicine, which can be positive or negative and vary widely, many agree that they present opportunities for learning and communicating. This is especially true given the fact that male practitioners, female practitioners, and patients all have the same goal.

“At the end of the day, people just want to see someone who listens to them,” Pearlman said. 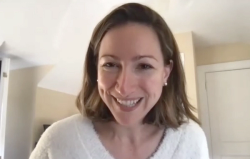 Sildenafil spray approved for erectile dysfunction in Germany, Ireland, and the Netherlands