Buy and bill: Know the nuances, save your margins

In this article, I will describe some nuances of buy and bill that you should understand in your roles of small business owner and treatment provider, especially as it pertains to Medicare.

Dr. DowlingFor many years, urologists and other physicians have administered medications in an office setting under a system sometimes known as “buy and bill.” These treatments have historically been paid under the “medical benefit” of a health insurance plan, just like professional services and other office procedures. Examples include leuprolide (Lupron) injections for prostate cancer and bacillus Calmette–Guérin (TheraCys, TICE BCG) treatments for bladder cancer.

In an attempt to control the utilization and cost of these treatments, many insurers have begun to cover the drugs under the pharmacy benefit (with no payment to the physician unless they have an in-house pharmacy), and pay the administration fee under the medical benefit. Medicare (the Centers for Medicare & Medicaid Services) pays most prescription drugs under the Part D benefit, but generally reimburses medications administered by physicians under the Part B physician fee schedule.

In this article, I will describe some nuances of this “service line” that you should understand in your roles of small business owner and treatment provider, especially as it pertains to Medicare.

How buy and bill works

“Buy and bill” services typically include an administration charge (injection, infusion, instillation, implantation) and a separate drug charge. These treatments usually involve medicines that are expensive to acquire, cannot be self administered, may be subject to restrictions by the manufacturer, or have other constraints compared to a “prescription.” In 2004-as legislated by the Medicare Modernization Act of 2003 (http://bit.ly/MedModLaw)-reimbursement for drugs paid under Part B began to be linked to “average sales price” (ASP) reported by manufacturers to the government. Many regulations determine how ASP is reported and calculated (http://bit.ly/PartBASP,(http://bit.ly/PartBregs), and CMS has issued several clarifications through rule making since the program began.

Six percent is a narrow margin to manage any business, but the absolute dollars determine which office-based medication administrations can be profitable versus unprofitable: 6% of $20 is very different than 6% of $10,000, and in any given practice it is the weighted average (volume X price) of all drugs that determines the profit/loss of the buy and bill business. This fact has prompted some to suggest that the ASP system encourages the use of more expensive drugs when lower cost alternatives are available (more on this later).

Next: 'Other factors likely contribute to lowering the 6% margin significantly."

Other factors likely contribute to lowering the 6% margin significantly. First, ASP is an average based on national sales figures; assuming a normal distribution of actual acquisition costs around a mean, one half of physicians will at any given time be paying more than average for a drug and thus eating into the 6% margin. Second, reimbursement is based on ASP that was calculated two quarters earlier; assuming physicians purchase drugs to minimize shelf life, any price increases that occur in the interval between when the ASP was calculated and the drug was actually purchased, administered, and charged are borne by the practice and effectively not reimbursed.

Third, any price concessions granted by the manufacturer must be included in the ASP calculation; some of these concessions cannot be passed on to providers, thus effectively lowering ASP and in turn 106% of ASP. Finally, the 2% sequestration adjustment on Medicare reimbursement (http://bit.ly/Sequestrationreports) is applied to the entire fee, not just the 6% profit.

Taking all of these factors into account, the actual average reimbursement for the Medicare buy and bill service line is at most 104% of ASP, and for many practices some drugs are reimbursed at less than the acquisition cost (table). The additional administration fee (injection, for example) may offset this narrow profit/loss in some cases, but the services should be understood separately as they arguably have different costs and overhead. Wastage and missed billing are additional risks for this business.

Next: An incentive to use high-cost alternatives?

An incentive to use high-cost alternatives?

Critics of the ASP methodology worry the reimbursement system may provide an incentive to use high-cost alternatives when there are legitimate therapeutic alternatives, thus driving up Part B spending on drugs. There is actually direct and indirect evidence to support an opposite conclusion-that the ASP methodology may incentivize low-cost drug utilization. According to the Medicare Payment Advisory Commission report in 2015 (http://bit.ly/MEDPACreports), prior to ASP, Part B drug spending was rising at an average of 25% per year; after ASP implementation, spending has only increased an average of 4.4% per year.

The ASP methodology may actually encourage use of low-cost alternatives as they enter the market, as the two-quarter lag in ASP calculation allows physicians to acquire these drugs at lower cost but under the same reimbursement (for two quarters); ie, at higher profit margin. Finally, two demonstration projects using a reimbursement scheme that removed any incentive for providers to use higher cost drugs revealed drug spending remained flat or actually increased (J Oncol Pract 2014; 10:294-7, J Oncol Pract 2014; 10:187-9).

Read: How to safeguard your patients’ information

These observations suggest the ASP methodology may have no influence or actually encourage use of lower cost alternatives; a possible explanation is that provider’s choice of alternatives is driven by the proportional financial risk they assume in buying, holding, and collecting coinsurance for the drug rather than the proportional benefit of the profit. If this is true, the ASP system may be making an important contribution to holding drug spending in check.

Bottom line: Urologists should understand their buy and bill service line in detail, especially the heavily regulated Medicare business. Rather than “making” money even on expensive drugs, nuances of the ASP methodology can significantly erode any opportunity for profit-or worse, result in loss. Examine each drug’s cost and reimbursement separately, track quarterly updates to ASP and fee schedules carefully, and consider calculating a weighted average to look at the business as a whole and by payer. Understanding this aspect of your practice will help as you encounter changes and reform to our systems of reimbursement. 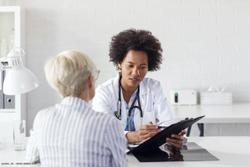