Dr. Kaplan weighs in on BPH developments at LUGPA 2021

At the 2021 LUGPA annual meeting, Steven A. Kaplan, MD, discussed various advancements in benign prostatic hyperplasia (BPH) treatments and shared his predictions for future developments in the space. In an interview at the meeting, he gave an overview of promising clinical trials, offered his perspective on counseling patients with BPH, and commented on many more urologic topics pertaining to the meeting. Kaplan is a professor of urology at the Icahn School of Medicine and director of the Men’s Wellness Program at Mount Sinai, New York City, New York.

What did you discuss at the 2021 LUGPA annual meeting?

I highlighted some of the data that's currently out there, but more importantly, some of the data that's just emerging and some new therapies, particularly talking about long-term treatments, retreatments, newer technologies, and failure rates of therapy. So, at this past virtual AUA [annual meeting], we analyzed some data of almost 50,000 patients, and the retreatment rate (a clear definition: surgical retreatment, as simple as we can make it) was significantly higher than at least what we thought for some of the minimally invasive therapies and, frankly, for surgery as well. We talked about that, and that opened some discussion. More specifically, we talked about some of the newer data with the Rezum, the UroLift, [and] the Aquablation experience at Mount Sinai where we now have 94 patients. We've had a pretty good experience over the past year with that. [Also] the horizon; in other words, what to look for, because I think there's so much going on in this space.

With so many new BPH treatments available, how do urology practices evaluate whether to add a new modality?

That's a great question. Versatility. In other words, if you have to pick 1, what's 1 technology that you can adapt to as many prostates as possible? The current technologies are related to both hardware and software. So, for example, [for] the UroLift, [we] use it and discard it. There's no hardwired box or something like that, as opposed to Rezum, where you have to buy the box and then you have the disposables. So, technologies that just have software may be preferable to those that you have to buy hardware and software. Some of the newer technologies [are] pure software. What I mean by software [is that] it's not a computer software, but it's just disposables because you use it and discard it.

It's a space issue as well. The amount of space that a large instrument has is also part of it. Can we use instruments that are a 1-stop shop? Some of them require a lens, for example, with a rigid sheath. With a UroLift, you require them both. For Rezum, you require the box and then a lens that goes into the unit. So, that may also start factoring into there. And at the end of the day, it's money as well. What's the net? If you look at the cost minus the reimbursement, what's going to be the most beneficial? There may not be one for everybody. What may work for a group in Chicago may not be the thing that works for a group in Alabama, or New York, and that's okay. I think the fact that there's so many things, the versatility, is going to be an exciting place, but I can't tell you, "That's the one you should buy." In past, I used to say Rezum if you want to buy 1 simply because you can do middle lobes and you can do patients without middle lobes as opposed to UroLift. But they now have an indication for middle lobes as well, so I think there's [going to] be a lot of different opportunities and people have to evaluate what they think [will work best for] their practices.

How do you counsel patients regarding treatment for BPH?

In my mind, the question becomes [whether] a patient either doesn't tolerate medical therapy or doesn't want to do medical therapy. Then we have a discussion [on] whether or not they should do a minimally invasive therapy vs what we term a surgical therapy. That has its own conversation, and the expectations for patients are often different. For some patients who are symptomatic, they opt for a stepwise approach. "I don't have surgery. I don't want to go to the hospital. [The] chances [of] sexual dysfunction are a bit higher, so let's try a stepwise approach." And they wind up having the minimally invasive therapy, whether it's a Rezum or a UroLift or iTind. Those patients who actually have either more symptoms or want the one-and-done, which is more likely to be with surgery regardless of the technology, whether it's electro-surgical, whether it's Aquablation, whether it's lasers, whether it’s even robotic prostatectomy, whatever people want to do, they tend to opt for the surgical approach.

Now, a lot of my patients admit [that] I may not have the typical practice for those who [are] referred to me to manage urinary retention. So, for me, I'm not a big believer that these minimally invasive [treatments] are great for patients in retention. There's some data that's emerged about using Rezum in patients with retention, but I like the data better with surgery. It's a more focused conversation. So, my job when I have these conversations with patients is to give them as much information for them to help them make a good decision. It's prostate size [and] the configuration of the prostate that's going to be important in terms of managing that because when we talk about precision therapy, we have the ability to do precision therapy because we can do precision diagnosis. We're more likely to get a durable result if we pick the right therapy for the right patient.

What advances in BPH do you anticipate in 2022?

I don't think there'll be a new FDA-approved device in 2022. You'll see continued clinical trials. [For] the EVEREST trial, which is the Optilume balloon therapy that I'm the principal investigator of, the enrollment is complete. We'll look at the 1 year data, so some of that data will emerge towards the end of the year. The stent clinical trials are beginning. There's the ZenFlow stent, there's the Medion stent, there's the ProVerum stent, and they're either starting or beginning to develop their clinical trials. We'll see more data with Aquablation. I think more and more people will buy the machine and I think as reimbursement improves for it, it'll be more widespread. Where that fits in the armamentarium, [we] still have to figure that out. Lasers are lasers. In general, there has been [some] stability. I think the laser market may get hit a bit with things like Aquablation, but who knows. Aquablation has its own issues about cost, although the reimbursement is very, very favorable. So, there'll be a lot of unsettled ground that will settle a little bit, and then once these newer technologies begin to evolve and they get regulatory approval, it'll start shifting again. Also, reimbursements. I mean, the [Centers for Medicare & Medicaid Services] has had some opinions about reimbursements for UroLift and Rezum, so that will change the market as well. There's a lot of factors, some internal to urologists, some internal to their patients, but also external regarding reimbursement. 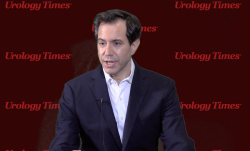 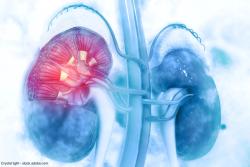