Genitourinary adverse events (AEs) are common among patients who have received radiotherapy for prostate cancer, but what if there was a way to predict the risk of these AEs prior to treatment?

A recent study published in Radiotherapy & Oncology, investigates the potential for germline variants to predict long-term toxicity in patient who have received radiation.1 In this interview, lead author Amar U. Kishan, MD, discusses the results of this study and what they mean for patients who are deciding between treatment options in the future. Kishan is an associate professor in the department of radiation oncology, chief of genitourinary oncology service, and vice chair of clinical and translational research at the University of California, Los Angeles.

Please discuss the background of this study.

Definitive radiotherapy is a standard of care treatment for men with prostate cancer. It's highly effective and overall safe, but sometimes patients can have what we call long-term side effects from the radiation. Now, because prostate cancer is highly curable in most instances, thankfully so, patient-reported quality of life is one of the major factors in determining what choice of treatment to proceed with, whether it's surgery, radiation, or some other type of intervention. And overall, with major advances in radiation technology and delivery, radiation has become more and more safe, but there is this proportion of patients that over time develop some complications.

We can think about complications after radiation in 3 types of categories. The first is genitourinary, which could be side effects related to bladder function, like urinary frequency, urinary urgency, getting up at night more to urinate, perhaps pain with urination, [or] some blood in the urine. There [are] also bowel side effects, or gastrointestinal side effects, from radiation, which can include bowel urgency, diarrhea, [or] rectal bleeding. Then, there can be some sexual side effects from radiation, particularly erectile dysfunction. Again, the risk of significant side effects is quite low, but it does happen. We can see from looking at long-term randomized trials and other good sources of data that the chance of these types of side effects occurring does increase slightly over time. The estimate is about 20% to 25% of patients [experience] a form of moderate genitourinary, or GU, toxicity at longer term follow-up. So, one interesting thing [is being] able to predict who those patients would be up front. We're generally treating patients with the same type of radiation plan. We try to control the amount of dose that goes to the bladder, we try to take into account the anatomy, the urethra, [and] the rectum for everyone. Why is it that some patients develop significant side effects, and others don't?

The hypothesis that we explored in this study was that this [phenomenon] is related to something inherent to the person. Everyone is born with some DNA, and we call that germline DNA. That's their inherited DNA. Perhaps, different people respond differently to radiation, the same way that different people respond differently to medications. This is a concept called radio genomics. Our [further] hypothesis was that there are large areas of the human genome that don't function in the traditional way of leading to the production of a protein, but rather, they're involved in what we call micro RNAs or some type of RNA that's not coding proteins. Based on preliminary data, those types of micro RNAs might be related to the radiation response. So, in this particular study, we looked at men who had germline DNA available for analysis and we knew whether they had moderate urinary toxicity or not because we had been following them for some time. There were 2 cohorts of men. [The first cohort included] men who received some type of radiation called stereotactic body radiotherapy [(SBRT)], or high-dose, [daily] short course radiation treatment, at UCLA. This is one of the standard things that we offer here at my institution. Then we had men [who] were receiving a more conventional form of radiation, where you give a low dose per day over the span of multiple weeks from our collaborators at Oslo University Hospital in Norway. We looked at their germline DNA, and we wanted to see whether certain variations in these micro-RNA binding sites could be associated with the risk of developing side effects.

What were the notable findings? Were any of them surprising to you or your co-authors?

What we ended up finding out was that you could derive signatures to see whether someone is at higher risk of the side effects or not, and that would be based on the presence of multiple of these different variations. Specifically, there was a model of about 22 of what we call mirSNPs, or micro-RNA, single-nucleotide polymorphisms, that could predict highly for the development of side effects after the longer course radiation. And then a large, non-overlapping lists 32 of mirSNPs could predict for side effects after the course of radiation. With these signatures, we can then go back and [ask], "Well, for each of these patients, if we applied the signature to them, could we better identify those that are at high risk, and those that are low risk?" So again, taking a step back, the rate of side effects in this particular cohort overall was about 16% for those getting a longer-term release, and 15% for those getting the SBRT, or the short course. But if we look at those that were at high risk of side effects, then it's about 72% and 65%, for the longer course and the SBRT, [respectively]. In that group of patients, their risk of side effects is significantly higher than the general population. For those that had a low risk of side effects, it was significantly lower, where it would be about 8% in the longer-term radiation about 4% in the SBRT. Essentially, what we found was a signature that you can apply to patients to find out whether they're at high risk of these moderate or greater urinary side effects in the long term. And it did appear to depend on the type of radiation they were receiving.

I wouldn't say that [the results] were surprising to us in the sense that we thought we would find something like this. That's why we invested in doing this study and [obtained] the germline DNA samples, getting them from an international collaborator in Norway and all that. So, we thought we would find something. What was a little bit surprising was that signatures [were] so different for the longer courses versus the shorter course or radiation. It might be intuitive, but it was interesting to see that.

Is there future research on this topic planned? If so, what will its focus be?

This research was, at the end of the day, what we call retrospective. So, it means these patients have already been treated many years ago. We know what their side effects were. That's why we were able to go backwards and build this model. What really needs to be done to show that this works is to look prospectively. We have a phase 2 trial here at UCLA that's accrued very well.2 It's designed for 200 patients, and we're well on the way to meeting that [goal]. When a patient comes in, we offer this SBRT very frequently. So, for those patients [who] are thinking about doing that, we take a cheek swab. The swab allows us to look at the germline DNA, [and] then we test to see if they have the signature that we identified in this paper that predicts for longer term side effects after this. If they don't have that signature, we tell them, "You seem to be a very good candidate for SBRT." If they do have that signature, then we would tell them, "Maybe you're not the best candidate for SBRT." At the end of the day, patients obviously can choose what type of treatment they want to pursue. The hypothesis here is that by eliminating a group of patients that might be at higher risk of side effects, the overall rate to have side effects for the patients that get SBRT is going to be lower, whereas historically, it may have been 15% to 25%. [It would] be driven significantly lower, if we're mainly only treating patients [who are] genetically low risk. That's the main goal of that study. As a side note, we will be getting this information on many patients, so it gives us a chance to fine tune the signature, right? Because there [will] be more people in a more modern era of treatment, [and] we can see if we need to make any adjustments or not.

I think the take-home message is that everyone reacts to radiation differently. And for many, many people, it can be highly safe and effective. I understand that urologists are probably more likely to see some of these patients in follow-up [who] are having issues. If they're doing well and not coming to urologists, then they're probably not having urinary side effects, whereas if they're having urinary side effects that the radiation oncologist can’t manage, they're going to send them back to the urologist. So, from the urologist's standpoint, they may be seeing a proportionately higher number of these patients. If we really can identify who are going to be those patients up front, it will be immensely useful for everybody. Then we can see [whether] these are the cases [that] maybe aren't the best candidates for radiation. Perhaps, they reconsider surgery or something else, or if they end up needing to do the radiation for whatever reason, it's important for the roses to know that going forward. That might be a patient that we need to follow very closely, and maybe pay more attention to because they're very likely to develop side effects that need the urologist's help [for] managing.

Is there anything else you feel out audience should know about this topic?

I would like to say that overall radiation is safe and effective. The technologies to deliver radiation are much better than they used to be. At the end of the day, in this sample that we looked at, the rate of moderate side effects was 15% to 16%. So, many patients do very, very well. It is important to be careful when delivering the radiation then important to have a good release plan and all that. But we are continuously trying to improve our treatments so that patients can have a better quality of life after [radiation]. 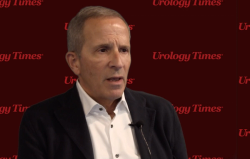 Dr. Shore on next steps with PARP inhibitors in prostate cancer 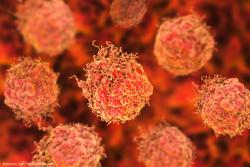