Saw palmetto has been used for many years to treat various health issues, including lower urinary tract symptoms (LUTS) secondary to benign prostatic hyperplasia (BPH). However, medical professionals still question the efficacy and durability of this extract.

In this interview, J. Curtis Nickel, MD, FRCSC, discusses the use of saw palmetto as a complementary treatment for LUTS and why clinicians should not overlook its benefits, even though the literature surrounding this product is inconsistent. His insights are in response to a recent 3-part review published by Stephen B. Strum, MD, FACP, on the effectiveness of saw palmetto around the globe over the past 40 years.1-3 Nickel is a professor of urology at Queen’s University, and a Canada research chair in urologic pain and inflammation at Kingston Health Sciences Centre, Kingston, Ontario, Canada.

Please provide some background on what exactly saw palmetto is and its origins in medical use.

Saw palmetto is an extract from the berry of the American dwarf palm tree, typically grown in South Georgia [and] North Florida. Its been used by indigenous people for hundreds of years for the treatment of lower urinary tract symptoms and other urinary health issues. For decades, this herbal medication has been used by older men to try and mitigate the effects of prostate disease and the lower urinary tract symptoms associated with it.

Please discuss the background of the development of saw palmetto oil extract for LUTS, and does it have regulatory approval for medical use?

Saw palmetto has a storied history behind it. There are many saw palmetto preparations available for men who are looking to try and improve their prostate health and lower urinary tract symptoms. The unfortunate part is that many of these preparations have been produced from the American dwarf palm tree using various methodologies, which results in a real quandary of trying to decide what medication a man should be on. And the reason is [that] different preparations have different percentages, [or] sometimes no percentage, of what we believe [are] the active steroidal compounds and fatty acids that provide the benefits.

Now, saw palmetto extract is produced by a number of methodologies. Some of that is just crushing the berries, which we know is very ineffective. But unfortunately, a lot of the products out there contain crushed berry extracts. The best methodologies are using either a hexane extraction that's used in a very successful product in Europe, or a CO2 or ethanol extraction process, which is used in North America and elsewhere. But again, the fingerprint of all the fatty acids and steroids in the preparations are different, and that's why we see different effects. Plus, across the board, in places like North America, Canada, and the United States, saw palmetto extract is thought of as a food additive or herbal therapy rather than a prescription drug, which is the way it's used and prescribed in Europe. That is why the literature is absolutely confusing [for clinicians] trying to figure out from all the studies available [whether] saw palmetto actually [works]. And if it works, what sort of preparation should we be recommending to our patients?

Can you summarize that key takeaways from parts 1 and 2 of Dr Strum’s extensive study of saw palmetto in LUTS?

Dr Strum has done an excellent job of [accumulating] the world literature and using a somewhat strict criteria, [he] picked out almost 60 studies that looked at saw palmetto. [These were] observational studies, some uncontrolled studies, randomized placebo-controlled trials, and clinical trials that compared it to medications we use now. What's interesting in Dr Strum's analysis of these trials is that he not only looked at the English literature, which many of us are familiar with, but he looked at the many studies done in countries that were published in the non-English literature and never found [their] way into any of our analyses. I think this is one of the main improvements that he [contributed to,] by looking at the entire global literature rather than the restricted literature we've been using. In his comprehensive discussion, he discusses BPH and LUTS, he discusses the medications like alpha blockers and 5 alpha reductase inhibitors we have available, he discusses the various preparations of saw palmetto, or serenoa repens. He further illustrates the differences in the various studies and the extraction techniques and what works and what doesn't, he [looked] at the background of the potential etiology of how saw palmetto might work based on studies, he looked at which preparations may be close to [United States Pharmacopoeia, or] USP, approval and which were not, and then he tried to come up with, from his review of the global literature, recommendations on the use of saw palmetto for BPH LUTS in men.

And what were the findings from part 3?

The findings that he discusses in part 3, and that we're quite aware of, [demonstrate] a discrepancy between North American guidelines on the use of saw palmetto, where it's not recognized as being extremely effective and is not really recommended as a treatment option, [and] the guidelines in Europe, where saw palmetto extracts are, in fact, recommended as a treatment for mild to moderate lower urinary tract symptoms associated with BPH. Why is that? Well, Dr Strum and others have looked at that, and one of the main reasons is [that] in Europe, one of the most important types of supplemental extraction is a hexane extraction. [There's a] particular company that produces it [and it has] been studied in many clinical trials, including randomized placebo-controlled trials and comparisons to tamsulosin [Flomax] and finasteride [Proscar]. It looks extremely good in meta-analyses that look just at that one preparation. It was obvious that that preparation and its fatty acid fingerprint appears to be very effective in improving symptoms and flow rates and being extremely safe. Other extraction techniques used in Europe that have similar active ingredient fingerprints also showed efficacy and safety. In North America, we have done 2 particularly important clinical trials, one of which I was involved with—the [National Institute of Health-sponsored, or] NIH-sponsored CAMUS trial and the NIH-sponsored STEP study.4-5 Both studies, which appeared to use a reasonably good saw-palmetto-extracted product, were negative when compared to placebo. And that's what drove both a Cochrane analysis and the guideline committee in making a recommendation of not recommending it for general use men with lower urinary tract symptoms.

I believe that Dr Strum's contribution is putting the whole story together [by combining] the Permixon, or hexane-extracted product, that's used in Europe and elsewhere outside North America, [and] literature [from all over the world], including the non-English literature, and incorporating those negative studies. In fact, of the almost 60 studies that met his criteria, there were only 3 negative studies and more than 50 positive studies. So, looking at the total picture of saw palmetto clinical trials, he comes to the conclusion that although there were some negative trials—and he explains why he believes they may have been negative—the overall evidence in the global world literature is that saw palmetto can be effective. But [it can] probably only [be] effective if we see an extraction process that leads to a product that is very similar to the hexane-extracted product, [which is] used in Europe and not available in the United States at the present time. Also, [he] makes a point that it should be a product that meets the regulatory approval of the USP levels of fatty acid concentrations, which we believe are the active ingredients in saw palmetto.

What are the next steps with saw palmetto extract research and development?

One is that I believe that Dr Strum's work and my own analyses of the world literature would lead me to the same conclusion: saw palmetto is extremely safe and should be considered even now without any further research because we have lots of clinical trial data available, as outlined in these 3 comprehensive articles. There is enough evidence, I believe, to use this and recommend it to our patients who are looking [for] an alternative to surgery or other pharmaceutical products, such as alpha blockers or 5 alpha reductase inhibitors, for the treatment of lower urinary tract symptoms secondary to BPH. It's extremely safe [and] does no harm as long as the patients are followed in a 'watchful waiting, active surveillance' type of way. [If] the patient realizes that their symptoms do progress, they'll have to consider the other urologic interventions that we have available.

I think we have the evidence right now to suggest [saw palmetto] to our patients who want an alternative to watchful waiting, or an alternative to the other pharmacological interventions we can recommend. I believe that the evidence is there to do that. But at the same time, we have to be careful what we recommend. [We need to practice] due diligence in having a look at the extraction technology used, and it should be a CO2 or ethanol type of extraction because in North America we're not allowed to use the hexane-extraction processed product that's used so successfully elsewhere. I believe that you should find a product that is very close to what USP has as a requirement for an effective supplemental extract, and if you really want to do due diligence, [you should make sure] the fingerprint of the product that you recommend [is] as close to the successful Permixon hexane-extracted product that's used and prescribed in Europe. I would like to see products that have a lipidosterolic extraction process that results in this potentially effective fingerprint of this hexane product available in Europe. [The] problem is, who's going to fund such an ambitious study? The field is so diverse in companies that are marketing saw palmetto, and they're so successful right now, financially, that I think the big problem is deciding who will fund this. The issue is that the huge funders, such as the National Institute of Health has already funded 2 studies, both of which were negative. So, I see huge obstacles in doing what I feel should be done, [which are] further trials on this very safe, supplemental approach to the treatment of LUTS in BPH in men.

Are there any items related to saw palmetto that we have not gone over that you would like to discuss?

I do think that we shouldn't outright provide a negative attitude to our patients who are looking for alternatives that [serve as] complementary medicine, [like] herbal or phytotherapeutic agents. We know from experience that [if] we provide guidance for them and tell them that this stuff doesn't work based on our recommended guidelines, the patients will go out and buy it on their own because they want an alternative. And they'll use alternative approaches, which unfortunately, will lead them to marketing pressures. So, the best marketed product will be the one they eventually obtain, rather than potentially more effective product that I would personally recommend to them. I think it's important for urologists and physicians to have an open mind in regard to complementary approaches to the treatment of BPH-related LUTS in men. 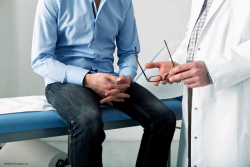 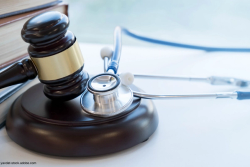