"I think physicians should be willing to seek mental health care. There's a real stigma associated with that, and we have to do something to reduce that," says William Lynes, MD.

As clinicians go through medical school, residency, and eventually managing their own practices, it is important for them to keep an eye on their mental health. The stresses of this rigorous environment have affected the mental health of more than 1 clinician, including retired urologist and suicide survivor William Lynes, MD.

In 2016, “The Last Day” was published in the Annals of Internal Medicine,1 recounting Lynes’ attempt at suicide after many stressful years of depression and burnout. In a recent interview, he discusses what led him to write this piece and what other physicians should learn from his experience. Lynes is a retired urologist from the Southern California Kaiser Permanente Medical Group, Riverside, California.

How did you come to write “The Last Day”?

Well, I'm a physician [and] I'm a urologist, but what people don't realize is [that] I'm [also] a survivor of multiple suicide attempts. My story really begins after my residency, which ended in 1987 at Stanford. From 1987 to 1998 or so, I had a really busy, happy, successful urologic practice at Southern California, Kaiser Permanente in Riverside, and also family life. [I was] very active with my children. I have 3 sons and so forth. But in 1998, something horrible happened. I got septic shock after a vacation out of the country, and I spent 6 weeks in the intensive care unit. After that, about a year later, I had a snowboarding accident where I was again in the ICU, and I had to have a tracheostomy and 5 facial surgeries. And so, these catastrophic events happened to me, and I would rehab and then go back to work. But when I did, things were just not the same. It was primarily depression. I've had depression in the past, but nothing like this. It was black, it was overwhelming, it was every day. There was nothing I could do to make it better. I started seeing [a psychiatrist] at that time, and they felt that I had bipolar 2 affective mood disorder. I was introduced to the wonderful world of antidepressants and mood stabilizers and had multiple courses of electroshock, or ECT therapy. But nothing really seemed to improve. And so, on 3 occasions, I tried to take my life. The last was in 2003, and it's chronicled in "The Last Day," where I talk about my last day at medical practices. [As] an aside, the reason that I wrote that essay was [because] I'm a fiction writer and I went to a physician writing seminar in Taos, New Mexico and met a fellow physician who had a story not unlike mine. She had written an essay published in the Annals of Internal Medicine, which had given her a great relief to unburden herself and she suggested that I do that. I wrote "The Last Day," and it was published in the Annals of Internal Medicine, and sure enough, it really has helped me a lot.

Do you feel that mental health is adequately addressed for health care providers?

Well, certainly it's not. If you're talking about training, for example, [in my case, in] medical school, I think I had maybe 1 or 2-month rotation in psychiatry. It was mainly inpatient, severe psychiatric illnesses, schizophrenia, manic depressive illness, and that sort of thing. They certainly didn't address the stresses that you would face in practice. I really think that a whole semester course in medical school dealing with that subject is more appropriate. Dealing with the stresses and strains of practicing medicine, I think it'd be much more appropriate.

How have the stresses of health care changed since your own experiences with suicidality?

Well, first of all, I've been retired for 18 years. And so, when people ask me this, I feel like I'm not qualified to comment. But I've researched the subject and I've talked to plenty of physicians, and I'm a patient myself, so I can see what's going on. From the outside, stress in the medical profession seems to have only increased over that time. The root cause, I think, of most of the problems is a severe erosion of the patient-physician relationship. Big business now has taken over medical decision making. Physicians are forced to compromise that health care decisions based upon that. For example, the EMR, or the electronic medical record, [is] a benefit, but it's also a burden in that it contributes to the deterioration of this relationship with built-in algorithms and things like that. The other thing is [that] litigation is really out of control. As a surgeon, there wasn't a day that I didn't think about whether or not I could be sued for doing this, and it really is a problem. I think that tort reform is mandatory.

What should providers look for in themselves and others in terms of signs of burnout and depression?

I think that we tend to not look at ourselves, but I think we could start with the 3 pillars of physician burnout described in the literature, which is loss of enthusiasm for work, a sense of overwhelming cynicism, and a low sense of personal accomplishment. I think that [by] keeping attention of that, you can realize something's happened when you start developing those particular behaviors. I think that by the time a physician is dreading practice, it's really too late. And that's what happened to me. I got to the point where it really was a dread, and I really had to retire in order to save my life, actually. I think that a clue that a person might have problems is the absence of a well-rounded life. In their medical practice, they have a mixture of things. Though, in my case, I was so busy with my medical practice, but I was also so busy with my children, with sports, with church, with community. I did everything just, and there's a limit to that.

How can the health care profession and society better help providers who are suffering from burnout and depression?

We should go back to the sacred doctor-patient relationship. I think everything stems from that. Big business should not make clinical decisions better reserved for the exam room between physicians and patients. Ultimately, the physician must have input into the clinical environments. Physicians should take better care of their own personal needs [and] create some boundaries, as I mentioned, for a more balanced life. I've coined this term, "the culture of overwork." We're all at risk for that. The culture of overwork means that you overwork in school to get into medical school, you overwork in medical schools to get into residency, you overwork residency because you have to, and this sort of spills over into the physician's practice. I think that we should realize as a group that we are at risk for this and keep it in mind. Physicians should be willing to seek mental health care. There's a real stigma associated with that, and we have to do something to reduce that. Now, narrative medicine writing is a big thing for me because I write medical genre fiction. You don't have to write novels, but narrative writing about your medical experiences in the form of a diary or blog seems to be very therapeutic. Stress relaxers, of course, are important—exercise and so forth.

A big thing that I think affects a lot of physicians with burnout is financial problems. There is no, at least in my education, there was no formal training in financial planning. This could be very, very helpful. I think that when you enter your practice, you should be told about early retirement options, which I really wasn't. I think, also, the judicious use of sabbaticals is important in practice, and that would have been really important for me because 1 of the things that really, really stressed me out was that there [were] new surgical modalities coming into urology at that time; for example, laparoscopic surgery. How do you learn to do laparoscopic surgery when you're just practicing on your own? I should have taken a sabbatical and actually been retrained in those, since would have been helpful. But anyway, those are some of the things that come to mind.

To learn more about William Lynes and his journey with physician burnout, go to this link. 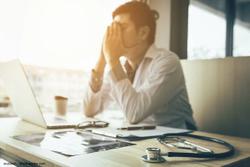 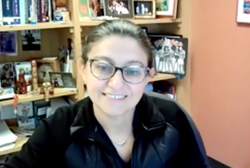