Erectile dysfunction risk not increased by surgery for Peyronie’s disease

Receiving Nesbit’s surgical procedure for Peyronie’s disease does not result in deterioration of erectile function, according to the results of a 5-year prospective assessment that used a clinically validated patient-reported outcome measure (PROM).1

The results, which were presented at the 2021 European Association of Urology Annual Congress, showed that 47.5% of patients reported having no erectile dysfunction (ED) following surgery compared with 39.80% who had ED before surgery. The rates for mild and moderate ED post-surgery versus pre-surgery were 36.40% versus 38.10% and 16.01% versus 19.50% respectively. The rate of severe ED dropped to 0% after surgery compared with 2.50% before surgery.

Explaining the investigators’ rationale for launching the study, Marta Skrodzka, MD, St. George's Hospital, Department of Urology, London, said, “There are very few prospective studies of the outcomes of surgical intervention for Peyronie’s disease reporting on ED.” The studies that have reported on ED in these patients have used the Sexual Health Inventory for Men (SHIM) and the International Index of Erectile Function (IIEF); however, these tools are not validated for Peyronie’s disease patients, which can lead to “erroneous results,” explained Skrodzka. To ensure accurate results, the researchers developed and validated a PROM for Peyronie’s disease surgery.

“After a RAND consensus group of Peyronie’s patients and pilot PROM, a 4 question, 5-point (0-4) domain for ED was validated,” said Skrodzka. The scoring system involved a 16-point scale with 0 indicating no ED and 16 indicating very severe ED. Score ranges were established to stratify patients, with 5-8 as mild ED, 9-12 as moderate ED, and 13-16 as severe ED.

The study involved 130 men who underwent Nesbit surgery. The median patient age was 57 years (range, 25-73). Patients who were undergoing surgery for congenital curvature and those requiring grafting were excluded. The evaluable population included 118 patients, as 12 patients were excluded because they chose to initiate treatment for ED in the preoperative phase following the decision for surgery.

The PROM was completed by patients in the clinic at the time the decision was made to undergo surgery, within 1 week of the surgery, and again 12 weeks after receiving Nesbit’s procedure.

In her concluding remarks, Skrodzka said, “Pre-existing ED should be managed alongside surgery for satisfactory patient outcomes.” 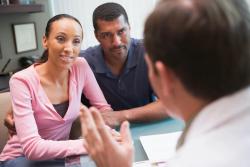