In a session at the 2022 LUGPA Annual Meeting, Emmanuel S. Antonarakis, MD, provided an in-depth analysis of everything urologists need to know about the current state of genomic/genetic testing in prostate cancer.1

Antonarakis, who is the Clark Endowed Professor of Medicine in the Division of Hematology/Oncology and Transplantation at the University of Minnesota, Masonic Cancer Center, explained to attendees that all patients with prostate cancer, except for those with low-risk or very low-risk localized disease, should be tested for germline mutations, and somatic testing should be done in all patients with metastatic disease as there are therapeutic implications.

“Homologous repair mutations and mismatch mutations have therapeutic implications in the context of PARP inhibitors and PD-1 inhibitors, respectively,” said Antonarakis, who is the Clark Endowed Professor of Medicine in the Division of Hematology/Oncology and Transplantation at the University of Minnesota, Masonic Cancer Center. “[Additionally,] the identification of a germline mutation, but not a somatic mutation, has family counseling and genetic implications for first-degree relatives.”

Many commercial and in-house platforms are available to assay the germline and somatic DNA of patients with prostate cancer. The landscape has become complicated, according to Antonarakis, who added that this is a both “good and a bad thing.”

Germline mutation vs somatic mutation: what you need to know

A germline mutation is a genetic change in a parental germ cell that becomes incorporated into the DNA of every cell in the body of the offspring, Antonarakis said, adding that a variant contained in the germline can be passed from parent to their offspring; therefore, this kind of mutation is hereditary.

A somatic mutation is an alteration in DNA that occurs following conception, he added. These kinds of mutations can present in any cell of the body except the germ cells, and they are acquired; as such, they cannot be passed on to children.

“At the somatic level, tumor genomic testing should be recommended for all patients with metastatic prostate cancer, but it should be strongly considered in those also with nodal metastatic disease,” Antonarakis said.

Family history has become increasingly important. According to Antonarakis, it is important to ask about if there is a family history of prostate cancer, but also of breast cancer, ovarian cancer, and pancreatic cancer. At least 4 BRCA-associated cancer types can increase the risk of a patient with prostate cancer having a germline mutation.

Getting acceptable samples for genetic/genomic testing

Two review articles recommend that a fresh metastatic tumor biopsy is the optimal choice of sample to use to identify HRR alterations using next-generation sequencing.2,3 “There are some differences [between the publications in terms of] what is the second and third best options,” Antonarakis said.

“One important thing about ctDNA is the ability to get a positive or evaluable test depends on the prostate-specific antigen [PSA] level,” Antonarakis said. “ctDNA content increases with PSA level…In my practice, if a patient has metastatic disease with a PSA of less than 5 ng/mL, I think the yield of a ctDNA test will be low. For those with a PSA above 5 ng/mL, and especially those with a PSA above 20 ng/mL, the ctDNA yield is likely to be much higher, and therefore, giving rise to an evaluable test.”

Germline vs somatic: which to test for first?

“However, when you look at other genes like BRCA2, CHEK2, or even APC, a significant proportion of those mutations can reflect a germline mutation,” Antonarakis explained. “If someone begins with tumor-only testing and finds one of these mutations, you should strongly consider germline testing afterward to disambiguate a germline from a somatic mutation.”

He added that the caveat is if the patient meets NCCN guidelines, metastatic disease, node-positive disease, or high-risk localized disease, “they should undergo germline genetic testing anyway.”

How should a patient with MSI-H and BRCA1/2 in the same cancer be treated? If the patient had mCRPC, a PARP inhibitor could be an option due to the BRCA1 mutation, as could pembrolizumab because of the mismatch-repair deficiency, according to Antonarakis. The patient did not respond to olaparib but did have a robust response of approximately 12 months when subsequently given pembrolizumab.

“The lesson here, which is the first caveat, is that a BRCA1/2 mutation in the context of MSI is usually a passenger mutation, not a driver mutation, and these patients in most cases, should probably be treated preferentially with a PD-1 inhibitor rather than a PARP inhibitor,” Antonarakis said.

The second caveat that Antonarakis mentioned in his presentation was the issue of CHIP alterations; these are mutations that come from the leukocytes from the white blood cells, which especially on a ctDNA assay, could appear to come from the tumor and could erroneously be classified as a tumor-derived mutation when it is a leukocyte mutation.

“These mutations increase with age and are present in about 10% of the prostate cancer population,” Antonarakis said. “Interestingly enough, these mutations can occur in the same genes for which PARP inhibitors are approved, such as ATM, CHEK2, and in rare cases, even BRCA2. These mutations are difficult to resolve but can be identified by sequencing matched ctDNA and leukocyte DNA.”

Antonarakis shared a patient case who was found to have an ATM mutation but upon testing was noted to have a variant in the gene that may be derived from a non-tumor source like clonal hematopoiesis. “That ATM mutation was, in fact, shown to be a CHIP mutation—not a tumor-derived mutation. As such, this patient would not be expected to respond to a PARP inhibitor such as olaparib,” Antonarakis concluded.

Dr. Antonarakis on the frequency of genetic testing for prostate cancer in urology clinics 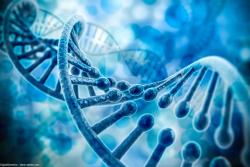 What can be done to raise awareness and utilization of genetic testing for prostate cancer?
Advertisement
Advertisement