A new drug application has been submitted to the FDA for TLX591-CDx, a radiopharmaceutical cold kit for the preparation of 68Ga-PSMA-11 injection for PET imaging in prostate cancer.

Telix Pharmaceuticals has submitted a new drug application (NDA) to the FDA for TLX591-CDx, a radiopharmaceutical cold kit for the preparation of 68Ga-PSMA-11 injection, which is used for PET imaging in prostate cancer.1

The NDA is supported by clinical results with TLX591-CDx accrued from more than 600 patients enrolled across several prospective and retrospective trials. Peer-reviewed research with TLX591-CDx has also been successfully conducted at several major academic centers, including the Peter MacCallum Cancer Centre in Australia, the University of California, and Heidelberg University Hospital in Germany.

“We are pleased to have achieved this significant milestone with the submission of the first commercial NDA for PSMA imaging in the United States. Telix has engaged with the FDA since July 2019, with valuable guidance resulting in what we believe to be a comprehensive submission. Subject to FDA approval, we look forward to bringing this product to market with our commercial partners to serve the needs of men living with prostate cancer,” Bernard Lambert, PhD, president of Telix, stated in a press release.

PET imaging with 68Ga-PSMA-11 PET has been shown to trigger major changes in the management of biochemically recurrent prostate cancer. Findings from a prospective, single-arm trial presented during the 2020 European Association of Urology Virtual Congress showed that in a cohort of 136 patients, referring physicians implemented 68Ga-PSMA-11 PET­–based recommended management changes in 72% (n = 98) of patients. 68Ga-PSMA-11 PET also led to the prevention of unnecessary diagnostic tests and a decline in the proportion of patients with unknown sites of disease.2

Patients in the study had prostate adenocarcinoma and biochemical recurrence who were recruited at the University of California, Los Angeles and the University of California, San Francisco. Recurrence was defined as a PSA level of ≥0.2 ng mL at more than 6 weeks following prostatectomy or a PSA increase of ≥2 ng/mL above nadir following radiation therapy. The imaging results were interpreted using an image-based TNM staging system (PROMISE).

Initially, the study recruited 635 patients; however, after excluding patients who were missing the pre- and/or post-PET questionnaires, the remaining “intended” management population consisted of 382 patients. Almost half of these patients were then missing the questionnaire from the referring physician, leaving an “implemented” management population of 206 patients.

The median age across the intended and implemented cohorts was 70.1 years (range, 43.895.3). In the 382-patient intended cohort, the median PSA was 1.86. Regarding Gleason score, 62% had a score <8, 29% had a score ≥8 and data were missing for 9%.Initial therapy in this cohort was prostatectomy only (44%), radiotherapy only (26%), and prostatectomy plus salvage radiotherapy (30%). Other prior treatments included androgen-deprivation therapy (38%), local salvage therapy (15%), abiraterone acetate or enzalutamide (3%), chemotherapy (3%), and bone-targeted treatment (1%).

In the implemented cohort, the median PSA was 1.75 ng mL. Regarding Gleason score, 61% had a score <8, 30% had a score ≥8 and data were missing for 9%.Initial therapy in this cohort was prostatectomy only (42%), radiotherapy only (24%), or prostatectomy plus salvage radiotherapy (34%). Other prior treatments included androgen-deprivation therapy (39%), local salvage therapy (9%), abiraterone acetate or enzalutamide (2%), and chemotherapy (1%).

In the intended cohort, there was an intended management change in 68% of the patients, with the intended change being considered “major” in 46% of the patients. Overall, 150 diagnostic tests were prevented, comprising mostly CT (n = 43) and bone scans (n =52); however, 68Ga-PSMA-11 PET results did trigger 73 tests per the study protocol. Over half (n = 44) of these tests were biopsies. The imaging outcomes also lead to a decline from 68% to 29% in the proportion of patients with unknown sites of disease. 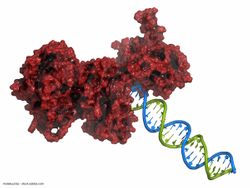 PARP inhibitors and prostate cancer: What urologists need to know