The FDA has granted an accelerated approval to the PD-1 inhibitor dostarlimab-gxly (Jemperli) for the treatment of adult patients with mismatch repair-deficient (dMMR) recurrent or advanced solid tumors, as determined by an FDA-approved test.1

The approval provides urologists with another tool in the armamentarium for the treatment of patients with genitourinary cancers. It also underscores the rapidly growing significance of genetic testing in the field of urology.

“Dostarlimab is an important new treatment option for patients with mismatch repair-deficient recurrent or advanced solid cancers who have progressed and have no alternative options. As we saw in the GARNET trial, of those patients who respond to treatment with dostarlimab, nearly all continued to respond for 6 months or longer,” Jubilee Brown, MD, professor and division director of Gynecologic Oncology at Atrium Health Levine Cancer Institute, and investigator on the GARNET study.

In a press release announcing the approval, GlaxoSmithKline, the developer of dostarlimab explained the genetic significance of mismatch repair-deficiency in cancer: “Mismatch repair-deficient tumors contain abnormalities that affect the proper repair of DNA when copied in a cell. In the United States, prevalence of dMMR across patients with solid tumors has been estimated at 14%. Mismatch repair-deficient status is a biomarker that has been shown to predict response to immune checkpoint blockade with PD-1 therapy.”

The accelerated approval of dostarlimab in dMMR solid tumors in contingent on confirmatory data from a future clinical trial. 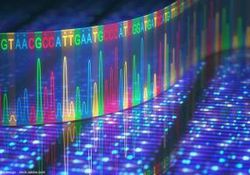