Researchers at the University of Maryland have identified a peptide derived from Pacific cod that may inhibit prostate cancer and possibly other cancers from spreading.

Researchers at the University of Maryland have identified a peptide derived from Pacific cod that may inhibit prostate cancer and possibly other cancers from spreading.

"The use of natural dietary products with anti-tumor activity is an important and emerging field of research," said senior author Hafiz Ahmed, PhD, of the University of Maryland School of Medicine and the Institute for Marine and Environmental Technology, both in Baltimore. "Understanding how these products work could allow us to develop foods that also act as cancer therapeutics and agents for immunotherapy.

"This study is among the first to explore the therapeutic utility of a bioactive cod TFD-containing glycopeptide to inhibit prostate cancer from progressing."

The TFD (Thomsen-Friedenreich disaccharide) antigen in the fish protein is hidden in normal human cells but is exposed on the surface of cancer cells and is believed to play a key role in how cancer spreads.

Polar fish, such as northern cod, express glycoproteins that are rich in the TFD antigen, which protect them from freezing. Dr. Ahmed and colleagues developed a special form of TFD, called TFD100, purified from Pacific cod.

Using animal models, the researchers found that TFD100 binds to galectin-3, a protein that is overexpressed in prostate cancer cells, and blocks its interaction with the TFD antigen found on the surface of the cells. Galectin-3 (gal3) enables cancer cells to adhere to the walls of blood vessels and also kills activated T-cells, which helps the cancer cells to spread throughout the body and evade the immune system. The researchers observed that TFD100 prevents cancer cells from attaching to the vessel walls, suppresses T-cell death, and boosts the immune response.

"Because the gal3-TFD interaction is a key factor driving metastasis in most epithelial cancers, this high-affinity TFD100 should be a promising anti-metastatic agent for the treatment of various cancers, including prostate adenocarcinoma," the researchers conclude in the study, which was published online in the Proceedings of the National Academy of Sciences (March 11, 2013). 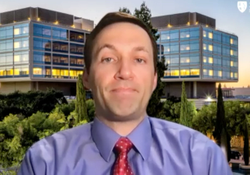