If one disregards the 1971–'74 period when U.S. investors could not own it directly, gold's long-term performance drops substantially.

Q It seems like everyone has caught the "gold bug." Is it really that good of an investment over time?

The other strong decade for gold was the 1970s. Some investors old enough to remember the 1970s associate the higher demand for gold with turbulent times. The decade was marked by political unrest, war, the 1973–'74 bear market, two worldwide oil shocks in 1973 and 1979, stagflation, Middle East conflict, and Cold War tensions. In some ways, the 1970s resembled the first decade of this century.

Viewed in isolation, these periods suggest that gold offers a reliable source of returns during economic and market distress. Painted into a much larger picture, however, the details show that rising demand for gold in the U.S. was due not only to economic uncertainty, but also to changing monetary policy and federal legislation regarding individual ownership of gold bullion.

If one disregards the 1971–'74 period when U.S. investors could not own it directly, gold's long-term performance drops substantially. From 1975 through 2011, gold produced a real annualized return of only 1.82%, while during the same time period, U.S. small cap stocks returned 10.6%, the S&P 500 returned 7.1%, and non-U.S. stocks returned 5.5%, according to multiple sources (Center for Research in Security Prices, Standard & Poor's, Bloomberg, Morgan Stanley Capital International).

From a long-term perspective, gold has not experienced a reliable or sustained rise in value. In fact, its price appreciation has been limited to unpredictable, isolated episodes of high demand. Investors who attempted to time these episodes exposed their wealth to potentially higher risk and missed out on stock market growth.

These characteristics make gold appear to be more of a speculative asset, like currency or collectibles. If you put gold in a safety deposit box and wait a few decades, it will not produce any current income, and its value will simply reflect the current spot market price. In contrast, investors who put their capital to work in the economy via stock ownership expect a potential return from cash flows as well as appreciation.

The evidence raises doubt about gold as an essential component in a portfolio. Over time, gold has not delivered significant growth relative to equities. While in real terms, gold has preserved its value, it may not closely track inflation over shorter time periods. Moreover, gold's early and recent performance should not obscure the other decades in which it depreciated considerably.

Some investors may prefer to hold a modest measure of gold in their portfolio, if only to feel better about uncertain times, or to include gold as one of several components in a broader commodity strategy. But long-term investors should think hard and carefully before committing a substantial portion of their wealth to gold.

Q What are the current limits for annual and lifetime gifting?

Joel M. Blau, CFP, is president and Ronald J. Paprocki, JD, CFP, CHBC, is chief executive officer of MEDIQUS Asset Advisors, Inc. in Chicago. They can be reached at 800-883-8555 or blau@mediqus.com
or paprocki@mediqus.com
. 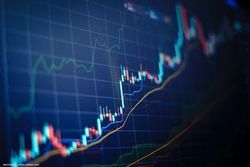