Preliminary studies suggest that inhibition of fibroblast growth factor receptors (FGFR) 1, 2, 3, and 4 may be a promising approach for the treatment of bladder cancers and other cancers that harbor FGFR alterations.

San Diego-Preliminary studies suggest that inhibition of fibroblast growth factor receptors (FGFR) 1, 2, 3, and 4 may be a promising approach for the treatment of bladder cancers and other cancers that harbor FGFR alterations.

Phase I studies of two separate investigational FGFR inhibitors were presented at the American Association for Cancer Research annual meeting in San Diego.

In the first study, researchers showed that that the investigational pan-FGFR inhibitor BGJ398 had activity against different types of solid tumors, including bladder cancer and lung cancer. Hypophosphatemia is the major drug-related side effect of BGJ 398 and a second pan-FGFR inhibitor that was the subject of a second abstract. In patients who are now being treated with one of the 2 FGFR inhibitors, hypophosphatemia is being managed proactively with dose interruptions.

The first study was restricted to patients with FGFR alterations in their tumors to optimize changes of response, explained lead author Lecia V. Sequist, MD, MPH.

“We were especially encouraged by the activity in bladder cancer, because there are few treatment options for these patients,” said Dr. Sequist, associate professor of medicine at Harvard Medical School and assistant physician at Massachusetts General Hospital, Boston.

She went into some detail on the six bladder cancer patients included in the phase I trial, and said that the phase I data on the agent’s activity in lung cancer will be presented at the upcoming American Society of Clinical Oncology annual meeting.

The study enrolled 107 patients with urothelial cell/bladder cancer, lung cancer, breast cancer, or cholangiocarcinoma. Of those, 43 were treated in the dose escalation phase of the trial. There were three groups treated in the expansion phase: squamous cell lung cancer treated daily and two other groups with various cancers (one group treated continuously daily and the other group for 3 weeks on and 1 week off).

Continue to next page for more.

The maximum tolerated dose was identified as 125 mg/day, and the schedule chosen for phase II testing is 3 weeks on and 1 week off. This schedule demonstrated an improved safety profile, Dr. Sequist said.

In summary, Dr. Sequist said: “This study clearly demonstrates the value of a personalized approach to cancer therapy with a targeted agent by showing that patients with FGFR genetic abnormalities can respond to an FGFR inhibitor.”

A number of phase II studies of BGJ 398 are ongoing or planned, and these will include correlative studies of specific FGFR genetic alterations.

The second presentation focused on an ongoing phase I study of a pan-FGFR inhibitor called JNJ-42756493. The study included 28 patients with advanced solid tumors and had a similar design, similar responses, and similar adverse events as Dr. Sequist’s study. Hyperphosphatemia was the major drug-related side effect and this will be managed proactively as the phase I study continues, reported the researchers, including first author Rodrigo Dienstmann, MD, of Fred Hutchinson Cancer Research Center, Seattle. The 9-mg/day dose was identified as the maximum tolerated dose going forward.

Continue to next page for links to related Urology Times articles. 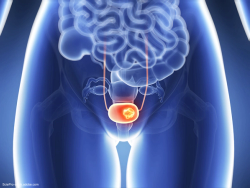