President Obama's 2010 budget proposal, with its $630 billion down payment on health care reform over the next decade, appears to contain significant good news for urologists, but never has it been more true: the devil is in the details.

As Priscilla Chatman, director of government relations and advocacy at AUA, said after the president previewed his budget for Congress in late February, "The president stated comprehensive health care reform will be paid for in part by 'efficiencies in our system.' This has been asserted previously, but proof is elusive."

How exactly will the Obama administration translate "efficiencies in our system"?

Chatman focused on this language found in a 135-page budget summary released by the White House:

"Reforming the Physician Payment System to Improve Quality and Efficiency. The Administration believes that the current physician payment system, while it has served to limit spending to a degree, needs to be reformed to give physicians incentives to improve quality and efficiency. Thus, while the baseline reflects our best estimate of what the Congress has done in recent years, we are not suggesting that should be the future policy. As part of health care reform, the Administration would support comprehensive, but fiscally responsible, reforms to the payment formula. The Administration believes Medicare and the country need to move toward a system in which doctors face better incentives for high-quality care rather than simply more care."

"The budget puts $329.6 billion on the table," Chatman said, "and seems to indicate the administration's willingness to modify the payment formula and avoid the currently projected physician payment cuts due to the flawed Sustainable Growth Rate (SGR) formula."

If Chatman is correct, that is big news for urologists who serve Medicare patients. The Medicare physician community has fought for years to end SGR, the source of annual proposed reductions in Medicare fees by the Centers for Medicare & Medicaid Services that have typically been overturned at the last minute by Congress. Currently, if Congress does not act before Jan. 1, 2010, SGR would require a 21% reimbursement cut for Medicare physicians next year.

"It appears that the new administration is going to do a rebase," said Chatman, explaining that as cuts required by the SGR have been reversed repeatedly by Congress, the "debt" theoretically "owed" by Medicare physicians has grown to $320 billion, the source of the pending 21% payment reduction.

"What the president's budget seems to indicate is that they will simply start from zero so there will be no cuts on the table," she explained.

Senate Finance Chairman Max Baucus (D-MT), whose committee holds jurisdiction over Medicare and Medicaid, has urged SGR reform, proposing methods for CMS to determine which services should be included in SGR formula calculations and which should not. How this will evolve as the process moves forward remains to be seen, but, clearly, there is much at stake for urologists who serve Medicare patients.

The new president's budget plan includes numerous additional components that will be important to the specialty, which Urology Times will track as developments move forward, including:

Specifically, the budget indicates that $260 million can be saved over the next decade by ensuring that Medicare "makes appropriate payments for imaging services through the use of radiology benefit managers," which, Chatman says, are simply not necessary.

The plan says the administration will "address financial conflicts of interest" in physician-owned specialty hospitals, which, Chatman says, AUA "will be watching very carefully."

In addition, the plan proposes enabling physicians to form voluntary groups that coordinate care for Medicare beneficiaries and to receive performance-based payments for the coordinated care. These and other initiatives directed at "aligning incentives toward quality" could save $20.5 billion over 10 years, the administration estimates. 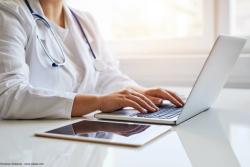