How do ureteroscope types compare ergonomically?

Findings of a study investigating biomechanical stresses on the urologist while performing flexible ureteroscopy indicate that reusable and single-use digital ureteroscopes have a more favorable ergonomic profile than a reusable fiberoptic instrument.

Findings of a study investigating biomechanical stresses on the urologist while performing flexible ureteroscopy indicate that reusable and single-use digital ureteroscopes have a more favorable ergonomic profile than a reusable fiberoptic instrument.

The study, which employed electromyography to quantify the activation level of muscle groups used during ureteroscopy, was conceived by senior author Brian R. Matlaga, MD, MPH, of The James Buchanan Brady Urological Institute, Johns Hopkins School of Medicine, Baltimore. It was presented at the World Congress of Endourology and SWL in Vancouver, Canada, and recently published online in the Journal of Endourology (Aug. 17, 2017).

“A large number of urologists spend a significant amount of time performing ureteroscopy. The ergonomics of the procedure has never been formally evaluated, but we considered it worth investigating as urologists performing multiple cases can develop muscular fatigue,” said Wesley Ludwig, MD, MS, of The James Buchanan Brady Urological Institute.

“Our aim is to improve the ergonomics of ureteroscopy because we believe that efficiency and quality will likely improve if the urologist can operate for longer periods of time more comfortably.”

Next: How the study was conducted

In the study, a urologist performed a set sequence of procedural and navigational ureteroscopy tasks in a training model using a single-use digital uretersocope (LithoVue), a reusable digital ureteroscope (Flex-Xc), and a reusable fiberoptic ureteroscope (Flex-X2). EMG electrodes were placed over the following muscles/muscle groups: bilateral thenar eminences, flexor carpi ulnaris, extensor carpi ulnaris, biceps, triceps, and deltoid. The evaluations were done in a randomly assigned order with a short period of rest between trials.

The endpoints analyzed were cumulative muscular workload (CMW) and average muscular work per second, which was calculated as the CMW adjusted by performance time.

The results showed that regardless of the device used and while performing both navigational or procedural tasks, the extensor carpi ulnaris and thenar muscles were subject to the greatest stresses. Pairwise comparisons between instruments showed that for the navigational tasks, the reusable and single-use digital ureteroscopes had similar CMW results for all muscles, and their profiles were significantly better than that of the reusable fiberoptic device. For the procedural tasks, there was significantly less stress on the right and left thenar muscles, extensor carpi ulnaris, and biceps when using the reusable and single-use digital ureteroscopes compared with the reusable fiberoptic device.

“We believe the results may be explained by the relative weight of the instruments,” Dr. Ludwig said.

He acknowledged that because the study involved a single surgeon and the tasks were performed in a training model rather than intraoperatively, the findings may not extrapolate perfectly to actual practice.

In ongoing studies, the authors are evaluating novel devices for their potential to improve the ergonomics of ureteroscopy. In addition, they are trying to identify poor ergonomic habits and ways to correct them. 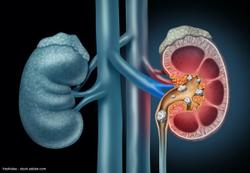 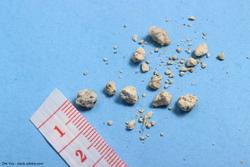 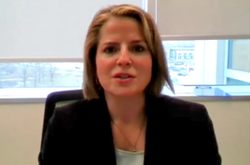