Black men are significantly less likely than White men to undergo surgical treatment for lower urinary tract symptoms/benign prostatic hyperplasia (LUTS/BPH), according to the findings of a recently published study.1

Conducted by investigators from the University of Colorado Anschutz School of Medicine, Aurora, the study probed the hospital network’s database for the period from January 2011 to October 2018 to identify men aged 40 years and older who were on medical therapy for LUTS and had at least 2 provider visits. Patients with bladder or prostate cancer were excluded.

A logistic regression analysis controlling for other major comorbidities, patient age, insurance status, and type of medical therapy found that Black patients were almost 40% less likely than White patients to undergo surgery (P = .03). The odds of undergoing surgery were no different comparing Hispanic patients with White men. Patients whose race/ethnicity was categorized as “other” were almost 30% less likely than Whites to receive surgical treatment for their LUTS/BPH (P = .05).

“BPH causes an enormous burden in both our country and around the world. Patients should receive the best possible treatment for this disease process and often times this should include surgery. Cost effective and durable care grow ever more important as the population of BPH sufferers is rapidly increasing while the workforce shortage worsens,” said lead author Granville L. Lloyd, MD, an associate professor of surgery-urology at the University of Colorado Anschutz School of Medicine/Rocky Mountain Regional VA Hospital.

“Based on the information collected, we cannot determine drivers of the discrepancy in management. However, it is important to realize that many Black men may have far less faith in organized medicine and surgery than other men. Considering that providers may be working against significant, often quiet mistrust, Black men may benefit from additional efforts to develop a relationship with the care team,” Lloyd said.

Having characterized the disparity in care, the investigators sought and received IRB approval to begin a prospective study that will help understand the underlying reasons. In the forthcoming study, new patients being seen for LUTS/BPH and other prostate complaints will be asked as they move through care to complete a survey that will gather data on comorbidities and demographics as well as examine attitudes toward surgery, medical therapy, personal and sexual attitudes about prostate care, and medical mistrust.

As reviewed by the investigators, a number of other studies identified race/ethnicity as a factor impacting urologic care. Of particular relevance to the current investigation, a previous study looking at all men in a California Medicaid population with a diagnosis of BPH showed that Black patients were less likely to be treated both medically and surgically.2

“Importantly, the study of the Medicaid population showed racial/ethnic disparities in management for BPH, particularly with regard to medical treatment, but it is not known if the disparity in surgical management was due to underlying differences in medical therapy,” Lloyd said.

“Our study managed that confounding factor by investigating patients already on medical therapy for BPH and determined the odds of their progressing to surgical treatment. In addition, we included patients with both public and private insurance as well as those without insurance. In our study, insurance status was not independently associated with odds of surgery.” 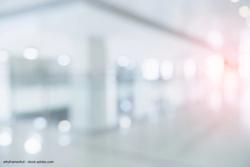 iTind preserves ejaculatory and erectile function in patients with BPH 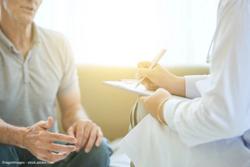 What real-world data on BPH therapies reveal about retreatment rates 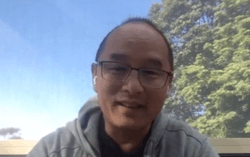